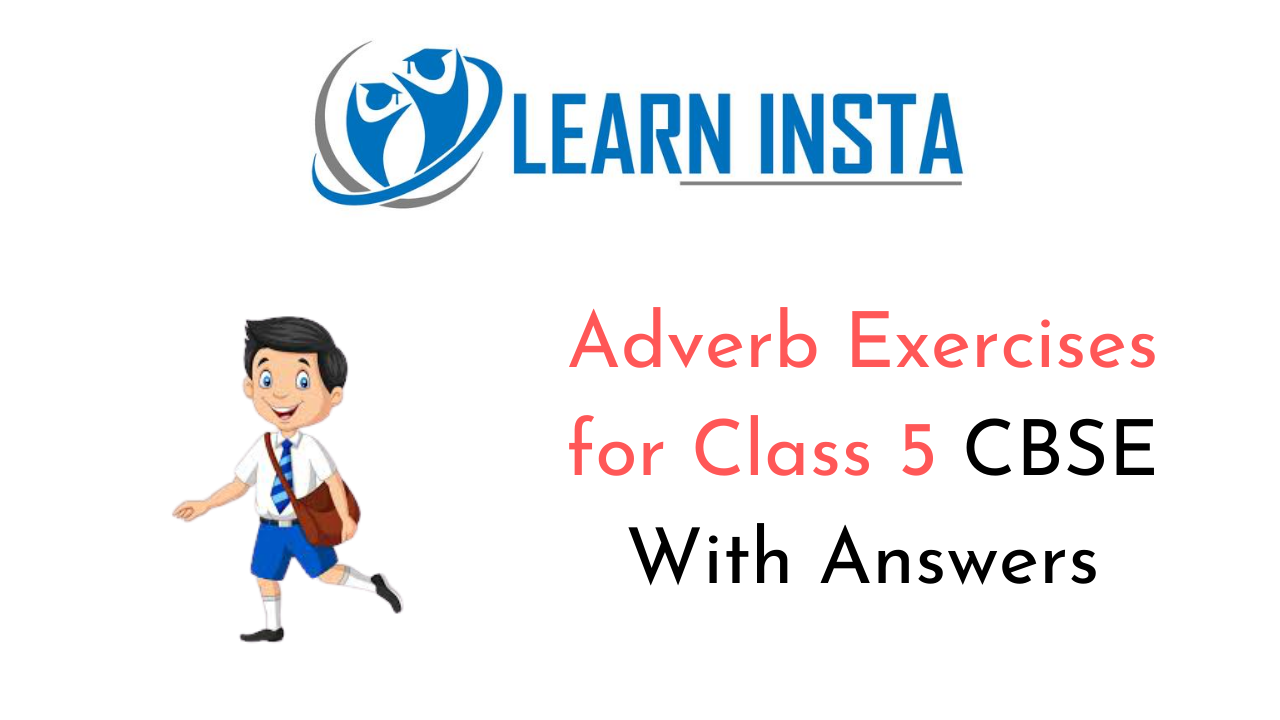 An adverb is a word or phrase that modifies the meaning of a verb, an adjective or another adverb. Adverbs generally give information about the manner, place, time, frequency, degree, and reason of the action.

An adverb is a word or phrase which modifies a verb, an adjective or another adverb.

Adverbs are words that modify a verb, and adjective or another adverb are known as adverbs:
Examples:

B. Fill in the blanks with appropriate adverbs.

C. Fill in the blanks with appropriate adverbs.

D. Read the letter that Harshit wrote to his friend Kamal. Use the adverbs given in the box.
fast – never – very – yesterday – always – nervously – loudly – lovingly – encouraging – happily

Do write how you feel about your friend.
With lots of love
Harshit

E. Select the appropriate word from the brackets after each sentence to fill in the blanks.

F. Read the passage given below. There is one error in each line which has been underlined. Write the correct word in the space provided. The first one has been done as an example.

G. Select a suitable adverb from the box to complete the paragraph given below.