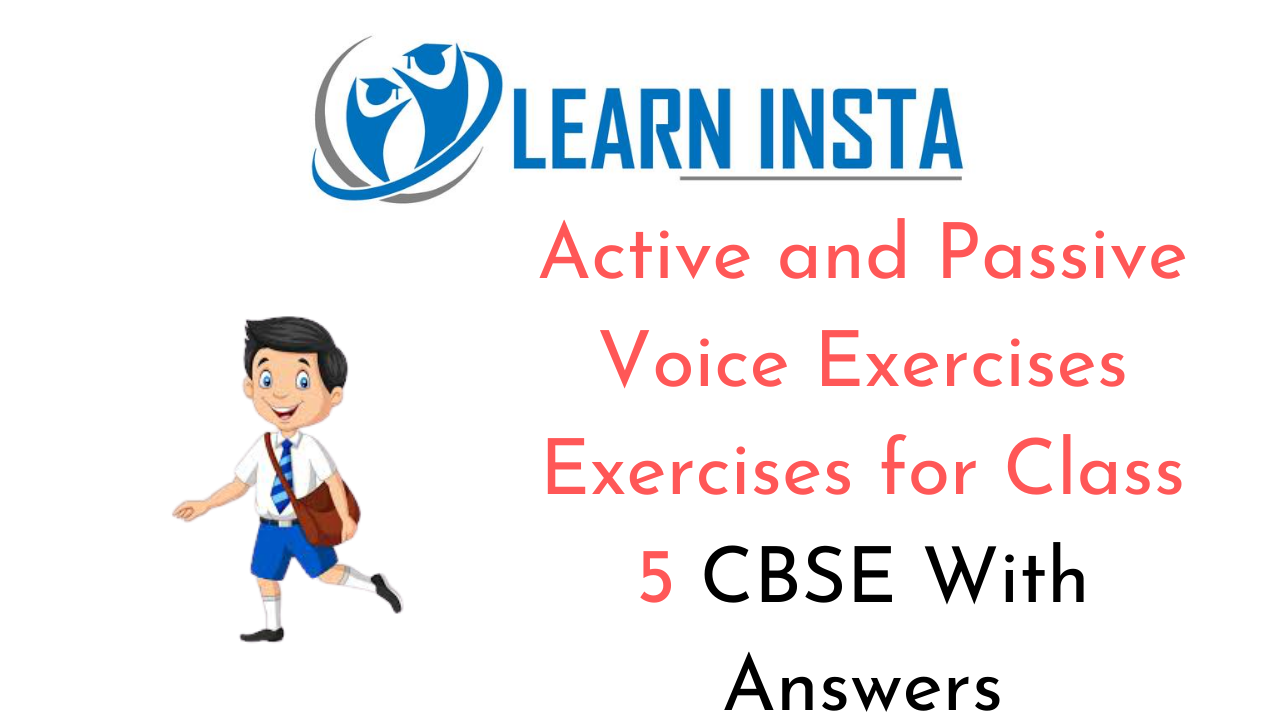 Passive Voice: A verb is in Passive Voice when the subject is being acted upon or when the emphasis is on the object or the work done.
Example:

Voice changes occur only in transitive verbs. The subject of the active voice becomes the object of the passive voice.

When the subject of active voice becomes object of the passive voice.
a. ‘He’ changes into ‘him’. Similarly, ‘she’ becomes ‘her’, ‘we’ becomes ‘us’, ‘they’ becomes ‘them’, ‘l’ becomes ‘me’.
b. We have to convert the given verb into past participle form.
c. We have to use an appropriate preposition like ‘by’ before the passive object whenever it is mentioned.

Look at the following examples.

Sentence that have two objects in the active voice can be changed to the passive in two ways.

A. Change the following sentences from Active to Passive Voice.

B. Change the following sentences from Passive to Active Voice.

C. For each sentence in the active voice, tick the correct sentence which is in the passive voice.