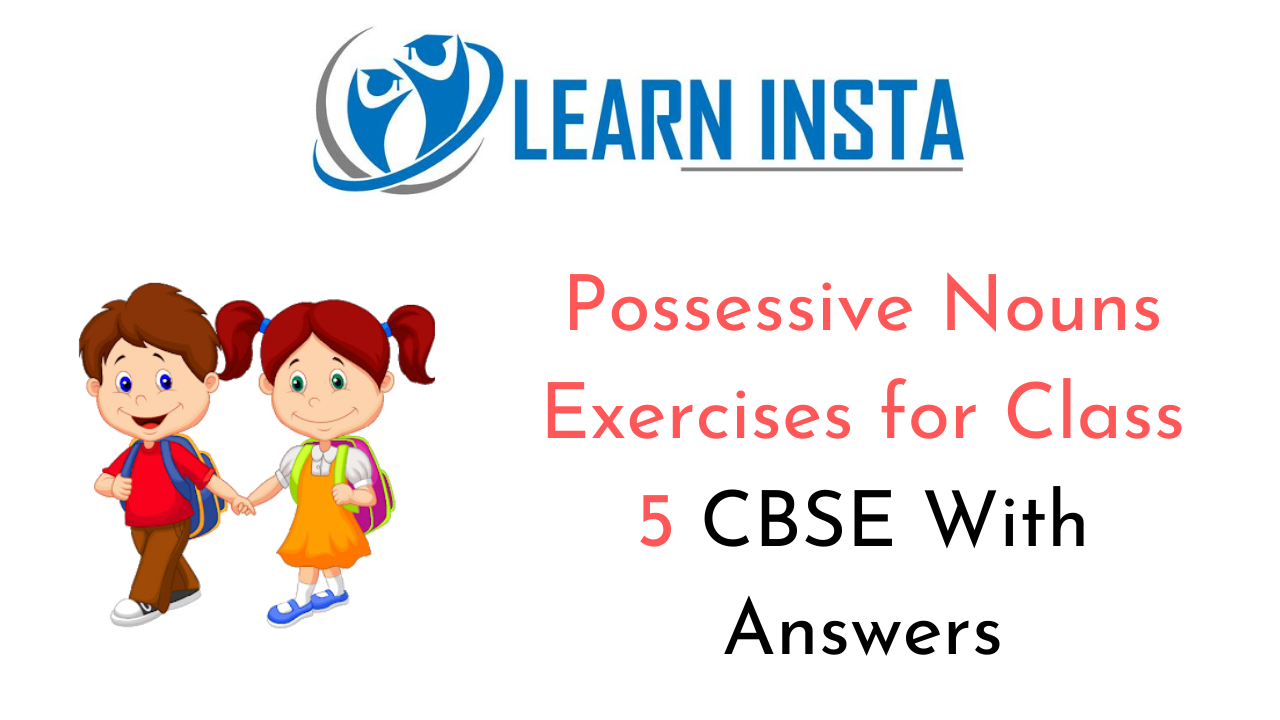 Fundamentals
Possessive Case: When a noun or a pronoun is used to show ownership or possession, authority, etc., it is said to be in the Possessive Case. For example:
This is Rohit’s bike.

When the noun is Singular, the Possessive Case is formed by adding’s (apostrophe ‘S) to the noun and when plural noun ends with an ‘s’, we put only an apostrophe after the ‘S’ to form its possessive case.
Examples:

Apostrophe indicates joint ownership When two nouns are joint owners, only the second noun is in the possessive form of an apostrophe and ‘s’. Examples:

Compound possessive nouns If it is a hyphenated compound noun, add the apostrophe (‘s) to the last word.
Example:

A. Write the possessive form of the underlined word on the line by adding an apostrophe or apostrophes.

B. Read the following sentences. Write the possessive form of the noun given in brackets.

C. Read each sentence. Circle the correct form of the possessive noun.