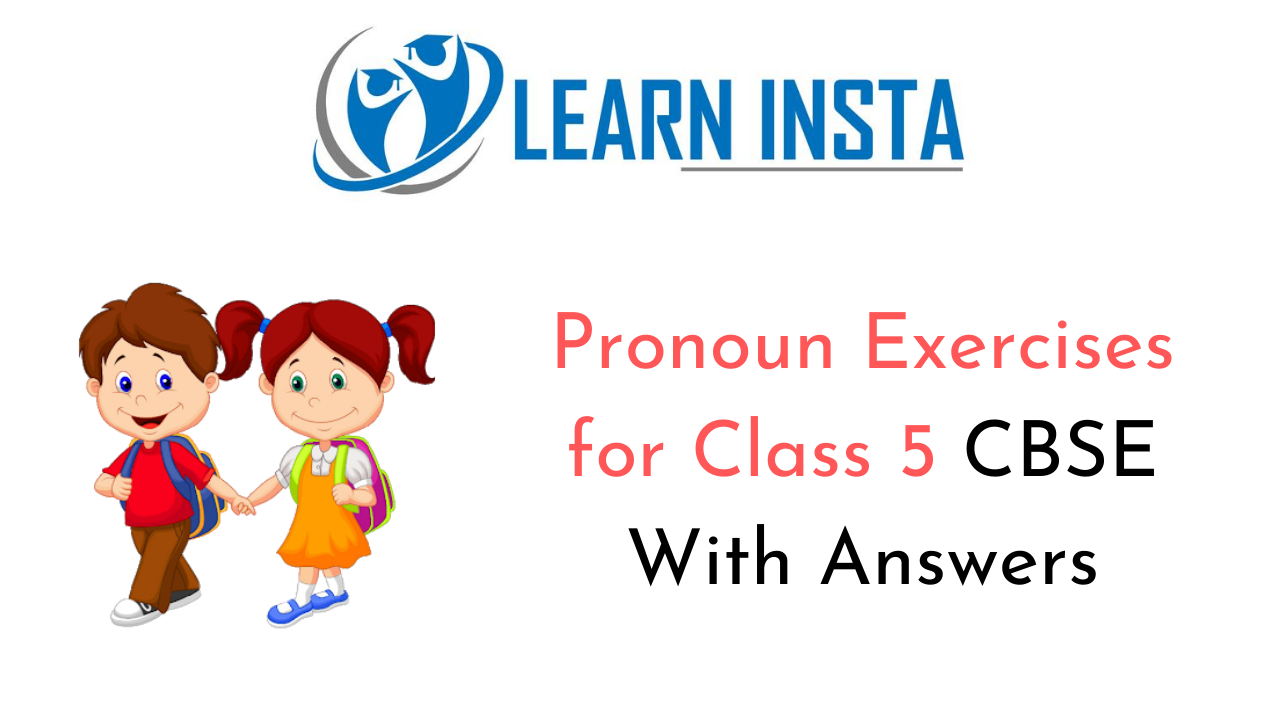 A pronoun is a word that can be used to take the place of a noun. The noun to be replaced can be the name of a person, place, animal or thing. Personal, Reflexive, Emphasising, Demonstrative, Interrogative, Possessive are the different types of pronouns. Personal Pronouns: Pronouns that stands for a person or a thing are called Personal Pronouns. i.e. I, we, you, he, she, it and they are personal pronouns. The pronoun must agree in number with the noun that it replaces. If the noun is in the singular form, the pronoun must also be in the singular form. And, if it is in the plural form, the pronoun must also be in the plural form.

Examples:
Singular: The boy is playing with his puppet. He has a sock puppet.
Plural: The boys are playing with their puppets. They have puppets of various colours.

Personal Pronouns have three forms of persons. The person who is speaking is called the first person. i.e. I, my, me, we, our, us. The one spoken to is called the second person. I.e. you, your, yours. The one spoken about is called the third person. i.e. he, she, it, they, their, them. The pronoun must agree with the noun in the gender that it represents. If the noun is in the feminine gender, the pronoun too must be in the feminine gender. Likewise, if the noun is in the masculine gender, the pronoun must be in the masculine gender.

Interrogative Pronoun introduces a question. Who and What
Examples:

Here is a table to help you remember which possessive pronoun to use with which personal pronoun.

C. Fill each blank with the correct reflexive pronoun. The first one has been done for you.

D. Fill in the blanks with suitable demonstrative pronouns given in the brackets. The first one has been done for you.

E. Complete the following sentences using appropriate interrogative pronouns. The first one has been done for you.