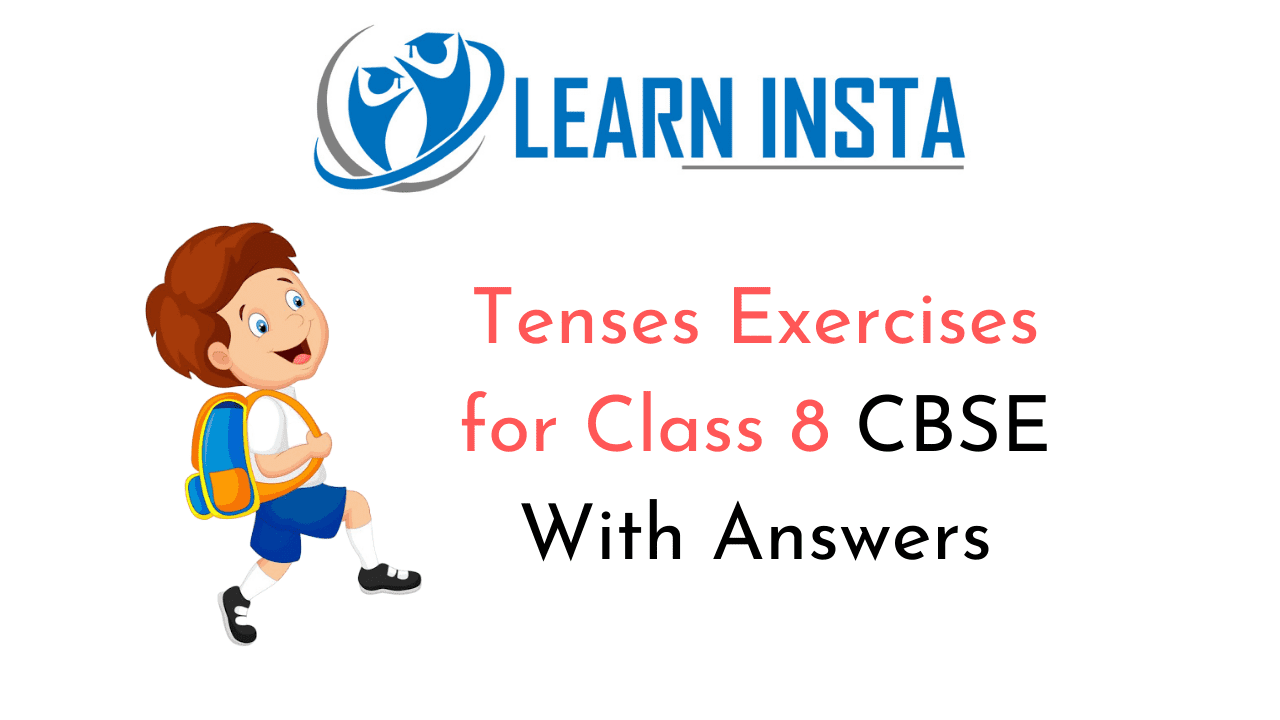 From the tense of a sentence, we come to know about the time of an action.

The tense of a verb tells us when the action is, was or will be carried out

(i) To describe repeated actions and habits; as,
(a) I go for a morning walk daily.
(b) Ishani reads the newspaper every day.

(ii) To express facts which are true of all times; as,
(a) The Sun rises in the East.
(b) This road leads to Jaipur.

(iv) To express a fact of something which is true at present; as,
(a) All trains halt at Rampur.
(b) Priyanka teaches English in Hindu College Sonepat.

(v) To introduce quotations; as,
(a) Wordsworth says, “Nature heals our negative mood”.
(b) Shakespeare says, “Frailty, thy name is a woman”.

(vi) In running commentaries on matches; as,
(a) Kumble runs up to the wicket. He bowls.
The batsman steps forward and drives the ball to the boundary.

(vii) In time and conditional clauses; as,
(a) We will wait until Murti sings.
(b) If he works hard, he will succeed.
Form:

(i) To describe an action that is happening now at the time of speaking.
(a) The boys are watching a cricket match.
(b) It is raining.

(ii) To describe an action going on over a period of time including the present, but which may not be going on actually at the moment of speaking.
(a) My father is writing a novel.
(b) I am learning to drive.

(iii) To describe an action or event which is to take place definitely in the near future.
(a) He is coming tomorrow.
(b) I am leaving by the next train.

(iv) To express the speaker’s disapproval and disliking of an action that happens often.
(a) He is always complaining of headache.
(b) We are becoming lazy everyday.
(c) She is always back-biting.

(v) To express an action which begins before a specific time and even continuous after it; as,
(a) A 2.00 o’clock, we are having our lunch.
Form:

(i) To express an action that began in the past and continues up to the present moment; as,
(a) I have finished my work.
(b) Sita has already left the class.
(c) He has gone to cinema.
(d) I have known to him for several years.

(ii) To express past actions or events the results of which still persist; as,
(a) He has lived here for two years.
(b) Suresh has been ill since morning.
(c) The prisoners have escaped from the jail.

(iii) To express past actions without any specific time; as,
(a) Have you read “The Ramayana”?
(b) My brother has been to Saudi Arabia.
(c) I have never seen Reena angry.

(iv) To show past events when their effect in the present is more important; as,
(a) Murli has cut his finger.
(b) Children have eaten all the mangoes.
(c) She has finished cooking.

(v) To express a recently completed action; as,
(a) She has gone to college.
(b) I have just finished my food.

(vi) To describe a past action, the time of which is not given; as,
(a) The poachers have hunted a tiger.
(b) I have received a letter from my father.
Form:

(i) To describe an action that began at some time in the past and is still going on. The action should be continuing at the time of speaking.
(a) We have been studying English for five years.
(b) It has been raining for three hours now.

(ii) To emphasize the continued and uninterrupted nature of an action even though it is completed.
(a) The children have been playing all the day.
(b) He has been writing letters all the afternoon.
Form:

Simple Past Tense/Past Indefinite Tense is ‘used:
(i) To describe an action that took place and was completed in the past; as,
(a) He left for Bengaluru yesterday.
(b) India defeated Pakistan during the Kargil war.
(c) When did you build this house.

(ii) To express a past event/action when the time is not given, but it is implied and definite; as,
(a) The flight was half an hour late.
(b) I bought this shirt from the Mcdonald’s.

(iii) To describe a habitual; or repeated action in the past; as
(a) Everyday my father used to read a chapter of the Geeta.
(b) Ram never smoked.
(c) He attended the temple regularly when he was young.

(iv) To denote an action which continued for sometime in the past; as,
(a) We studied Sanskrit for two years
(b) We met twice a day during the summer holidays.
Form:

Past Continuous Tense is used:
(i) To describe an action that was in progress at a point of time or over a period of time in the past; e.g.
(a) I was having my breakfast at 8 o’clock yesterday.
(b) At 5 o’clock in the morning. I was completing my homework.

(ii) To show gradual development of a happening.
(a) It was getting dark.
(b) The boy was growing like a young plant.

(iii) To describe an action that was in progress when another action took place.
(a) I was reading the newspaper when the postman knocked at the door.
(The action in the Past Continuous ‘was reading started before the action in the Simple Past “knocked and probably continued after it.)
(b) She was sleeping when the phone rang.

Past Perfect Tense is used:
(i) To express an unfulfilled desires of the past, as,
(a) If only Ramesh had not spoiled his career. (but Ramesh spolied)
(b) I wish I had listened to my parents teachings. (but I did not listen)

(ii) To express impossible conditions of the past; as,
(a) If we had left early, we would have caught the train.
(b) If you had worked hard, you would have passed.

(iii) To express an action in the past which was completed before another action took place in the past.”
(Here two actions take place. The action that takes place earlier in time is reported in the Past Perfect Tense and the action that takes place afterwards (later in times is reported in the Past Indefinite Tense) e.g.
(a) We went to school after the rain had stopped.
(b) He had died before the war began.

(iv) To express an action completed before a certain moment in the past. e.g.
(a) At 9.00 p.m. all the shops had closed
(b) He had passed his graduation at the age of 16 years.
Form:

Usage: Past Perfect Continuous Tense is Used:
(i) To express an action which had been going on for some time before another past action; e.g.
We had been reading for an hour when our teacher came.
He had been living in Delhi for a year when his father died.

The Simple Future Tense is Used:
(i) To express an action that will take place in the future; e.g.
(a) I shall be sixty tomorrow.
(b) They will certainly wait for us.

(ii) For habitual actions which we assume will take place; e.g.
(a) Winter will come soon.
(b) The flood victims will build their houses.

(ii) With clauses of condition and time; e.g.
(a) The cup will break if I drop it.
(b) He will fail unless he works hard.

Future Continuous Tense is used:
(i) As an ordinary continuous Tense; e.g.
(a) Sidharath will be deciding the case next day.
(b) I shall be meeting the doctor tomorrow.
(c) Meera will be returning.

(ii) To express future without intention; e.g.
(a) Ranjan will be helping Sonam tomorrow.
(b) I shall be waiting for my friends.
(c) The gardener will be plucking the flowers.
(d) I shall not be meeting him tomorrow.

The Future Perfect Tense is used:
(i) To express an action which is expected to be completed by a certain time in the future; e.g.
(a) The train will have left the station before you reach there.
(b) By 2010, Delhi will have a lot of changes due to Olympics.

(ii) To express the speaker’s belief that something has taken place; e.g.,
You will have heard about my father’s promotion.

Future Perfect Continuous Tense is used:
(i) To express an action continuing beyond some given time in future; e.g.
(a) By next June Neelu have been an I.T. experts in T.C.S.