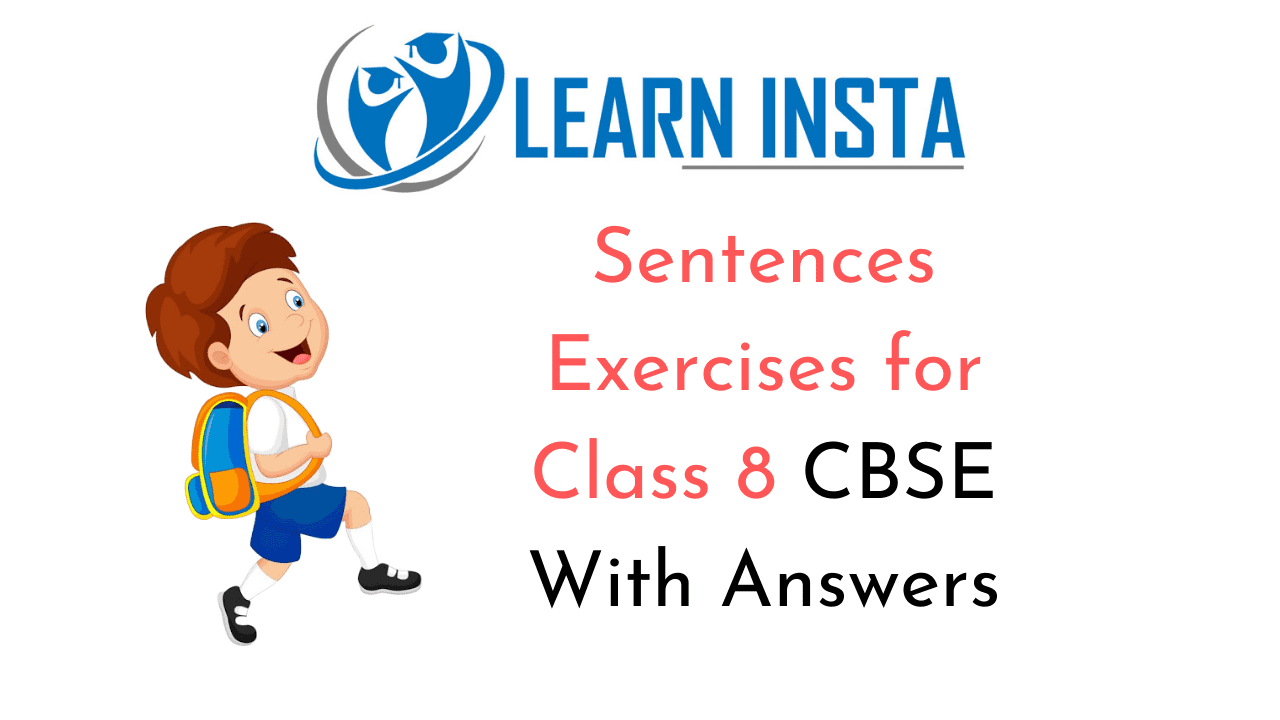 Sentences When we speak or write we use words. We generally use these words in groups; as, Little Jack Horner sat in a corner. A group of words like this, which makes complete sense, is called a Sentence.

Kinds of Sentences
Sentences are of four kinds:

Note: Put a question mark (?) at the end of a questions.

Questions are of two types:

Imperative Sentences
These sentences are used to order, advise, command or ask for some favour, Examples are:

Exclamatory Sentences
These sentences express sudden feelings and emotions of the speaker.

These two parts are joined by the Co-ordinating conjunction and. Each part contains a subject and a predicate of its own. Each part is what we call a clause.

We further Notice that each clause makes good sense by itself, and hence could stand by itself as a separate sentence. Each clause is therefore independent of the other or of the same order or rank, and is a called a principal or main clause.

A Complex Sentence
A complex sentence consists of one Main clause and more subordinate clauses.

Sentence 5 consists of the three clauses:

Such a sentence is also called a complex sentence.

Fundamentals:
Transformation is changing the form of a sentence without changing its meaning. A brief direction about transforming is given below.

According to the meaning:

Rule 4: and (if join two words) → Replaced by → Not only but also.
Example:
aff: He was obedient and gentle. – Neg: He was not only obedient but also gentle.

Rule 7: Absolute Superlative degree → Replaced by → No other + attached word + so + positive form + as + subject
Example:
Aff: Dhaka is the biggest city in Bangladesh. – Neg: No other city is as big as Dhaka in Bangladesh.

Rule 8: Sometimes affirmative sentences are changed into negative by using opposite words. Before the word, off course ‘not’ is used
Example:
Aff: I shall remember you. – Neg: I shall not forget you.

Rule 12: Universal truths are changed by making them negative interrogative
Example:
Aff: The sun sets in the west. – Neg: Doesn’t the sun set in the west?

Rule 15: A few → Replaced by → not many
Example:
Aff: Bangladesh has a few scholars. – Neg: Bangladesh doesn’t have many scholars.

Rule 17: A little Replaced by → not much
Example:
Aff: Danish has a little money. – Neg: Danish doesn’t have much money.

Rule 4: Everybody/everyone/AII → Replaced by → Who + Don’t/ Doesn’t/ Didn’t
Example:
Ass: Everybody wishes to be happy.
Int: Who doesn’t wish to be happy?

Rule 5: Every + noun → Replaced by → Is there any + Noun+ Who don’t/doesn’t/didn’t
Example:
Ass: Every man wishes to be happy.
Int: Is there any man who doesn’t wish to be happy?

Rule 4: Alas → Replaced by → I/we Mourn that/ It is a matter of sorrow or grief that
Example:
Alas! He has failed.
Ass: We mourn that he has failed.

Example:
Were I a bird!
Ass: I wish I were a bird.

Imperative to Assertive
Rule 1: Add subject + should in doing assertive
Example:
Do the work.
Ass: You should do the work.

Rule 1: If the sentence has superlative degree then:-
For comparative, use –
subject + verb + adjective/adverb (comp, form) + than any other + rest part

Question 1.
Read the following sentences and state whether they are simple, complex or compound.

Transform the following sentences as directed.

Question 2.
Do as directed.