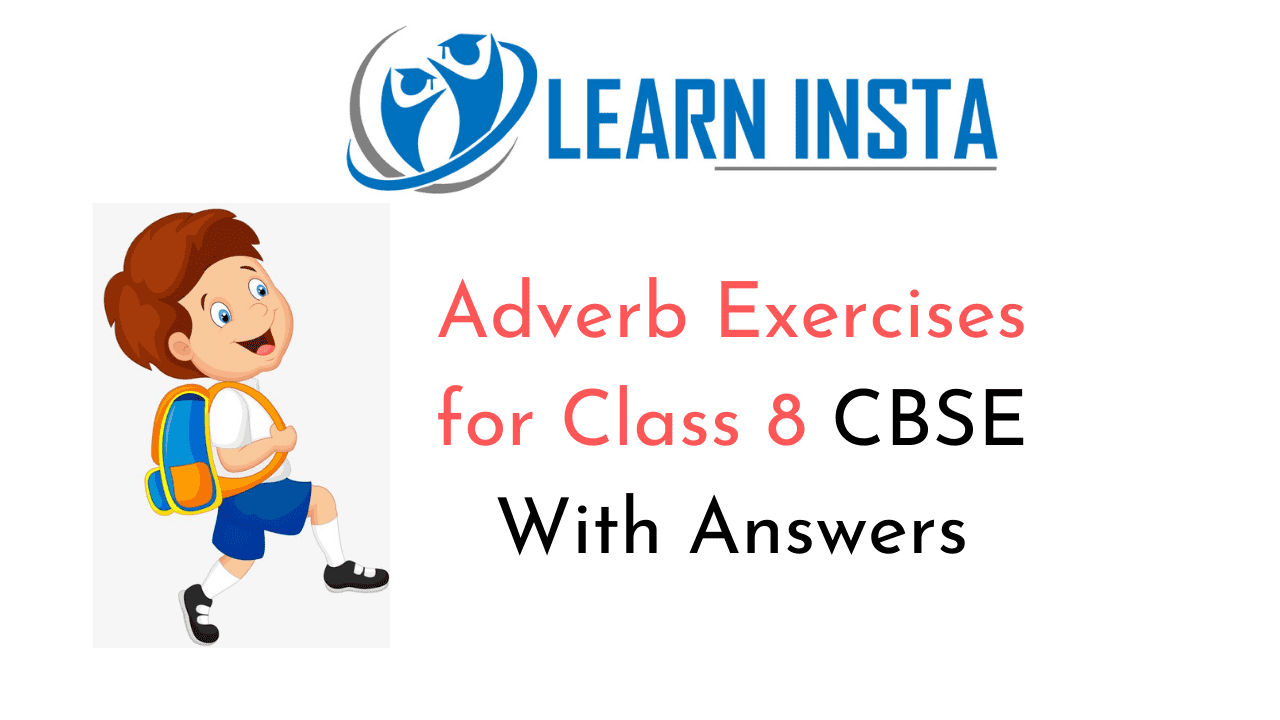 Definition of Adverb
Adverb can be defined as “A word or phrase that modifies the meaning of an adjective, verb, noun, determiner, or other adverb, expressing manner, place, time, or degree (e.g. gently, here, now, very). Some adverbs, for example ‘sentence adverbs’, can also be used to modify whole sentence”.

Some frequency words like very, more, much, many, etc are also adverbs. 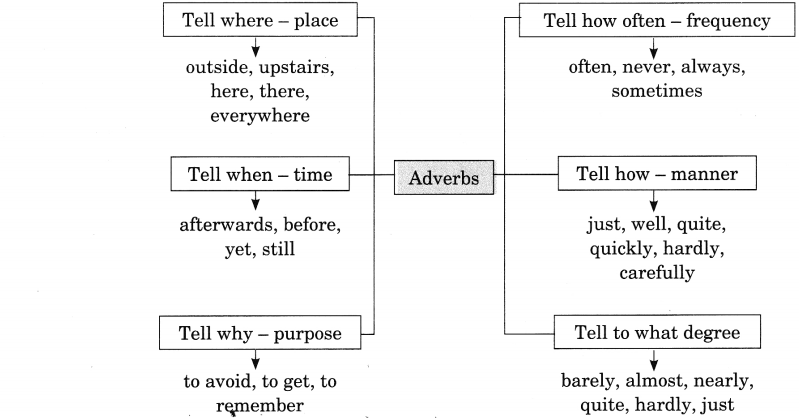 There are different kinds of adverbs expressing different meaning. The following are some of the common ones.

1. Adverb of time: An adverb of time tell us when something is done or happens. We use it at the beginning.
Adverbs of time include afterwards, already, always, immediately, last month, now, soon, then, and yesterday.

2. Adverb of place: Adverb of place is an adverb which tells us about the place where something is done or happens in the sentence. It is used generally after the verb, object or end of the sentence. Adverbs of place are like below, here, above, inside, outside, there, over there, under, upstairs, etc.

3. Adverb of manner: An adverb of manner tells us how something is done or happens. Most adverbs of manner end in -ly such as badly, happily, sadly, slowly, quickly, and others that include well, hard, fast.

5. Adverb of frequency: An adverb of frequency tells us how often something is done or happens. Words used as adverbs of frequency include again, almost, ever, frequently, generally, hardly, ever, nearly, always, never, occasionally, often, rarely, seldom, sometime, twice, usually and weekly.

Adverbs of Purpose
Adverbs of purpose express the purpose of an action.
Commonly used adverbs of purpose are hence, consequently, therefore, thus.
The following phrases are also used as adverbs of purpose: in order to, on account of, so that.
Mona often tells lies. Hence, no one believes what she says.
Mira buys her clothes during sales. Consequently, she gets them at a very low price.
Niren lost his scholarship. He, therefore, left college.
The match was postponed on account of rain.
I stopped the car in order to ask for directions.

Question 1.
Fill in the blanks

Question 2.
Identify the adverb in each of the following sentences.
(i) They spoke loudly.
(ii) I am highly impressed with her presentation.
(iii) She looked quite nervous.
(iv) Radha works diligently in order to get promoted.
(v) Fox is often believed to be cunning animal.
(vi) Barking dogs seldom bite.
(vii) Earlier, they used to travel in their car.
(viii) The birds were chirping merrily.
(ix) I sometimes go for a walk in the park.
(x) He never came to my place to visit me.
Answer:
(i) loudly
(ii) highly
(iii) quite
(iv) diligently
(v) often
(vi) seldom
(vii) earlier
(viii) merrily
(ix) sometimes
(x) never

Question 3.
Complete the crossword with the help of the clues. 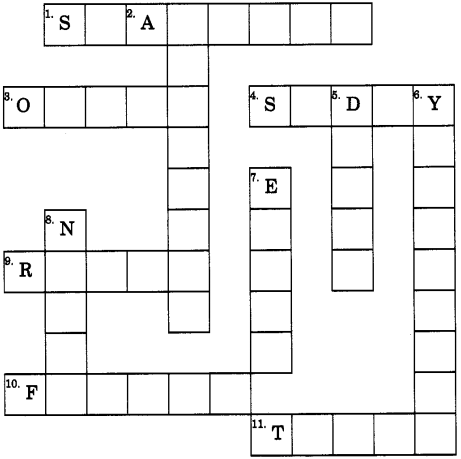