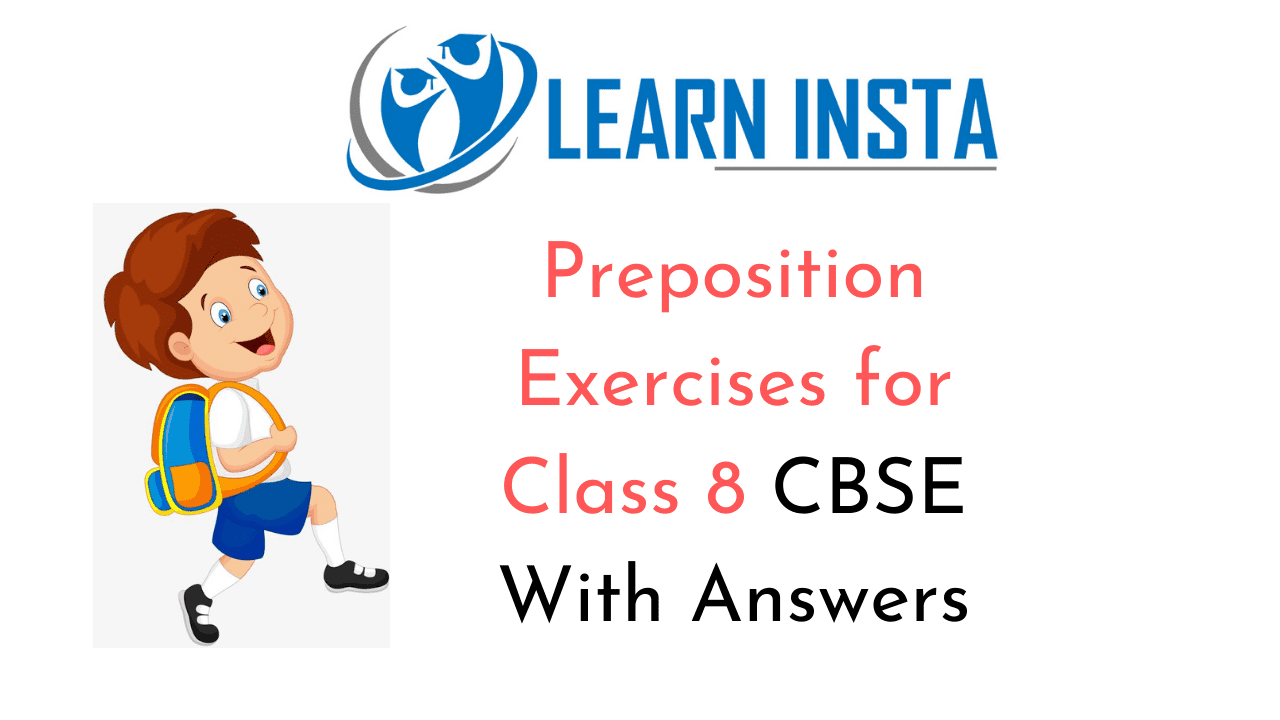 A preposition is a word (or group of words) used especially before a noun or pronoun to show place, position, time, etc.

Part II, behind (movement)
1. The police ran after the thief.

BEFORE
Part I, earlier than
1. Please meet me before 6 p.m.
2. I shall complete this work before June.
3. He arrived before me.
4. I put my work before everything.

AMONG/AMONGST, in the middle (more than two)
1. He distributed toffees among children.
2. I have to deliver speech among them.
3. You should work among the poor.
4. Who amongst you are ready to go there?

BETWEEN, in the middle (only two)
1. He distributed mangoes between Meena and Rajni.
2. There was no agreement between workers and management.
3. Meet me between 7 to 8 am.

Part II, day and date
1. I shall come to meet you on Monday.
2. He will return this money on 5th September.
3. He reached on the morning of 9th June.

UPON, on (movement)
1. He threw books upon the table.
2. The tiger jumped upon the jackal.
3. The last date of income tax payment is almost upon us. (very near)

IN
Part I, inside
1. They are sitting in the room.
2. There is no pencil in the box.
in the street, in the sky, in the newspaper, in the bed, in the fire, etc.

Part II, with countries and big cities etc.
1. He lives in Delhi.
2. They opened a shop in America.
3. It is the highest mountain in the world.

Part III, time
1. He will complete this work in three months.
2. We shall buy a new car in October.
in the morning, in the afternoon, in the evening, in the night, in the past, in 2001, etc.

INTO, movement from outside to inside.
1. They went into the room.
2. He poured coffee into the cups.

AT
Part I, small cities, town, villages, colonies
1. They live at Sonipat.
2. I live at Moti Nagar.

Part IV, near a place or thing
1. Who is standing at the door?
2. They were playing at the river.
3. The students are sitting at the table.

FROM
Part I, place
1. They have just come from Mumbai.
2. Withdraw money from the bank.

Part II, person
1. You can borrow money from your friend.
2. I have taken this book from Raja.

Part III, time
1. He works from morning till evening.
2. We shall start this work from Monday.

Part IV, source
1. The light comes from the sun.
2. She has taken the story from this book.

TO
Part I, place/direction
1. Who is going to the market?
2. They are going to America in May.

Part II, before a verb
1. He wants to go there.
2. She likes to exercise in the morning.

FOR
Part I, reason, purpose
1. I have bought a gift for you.
2. Can you prepare a cup of tea for me?

Part II, time
1. He has been living here for ten years.
2. We lived there for six months.

WITH, in the company of
Part I, person
1. He is sitting with his friends.
2. Were you quarrelling with your neighbours?

Part II, instruments/things
1. Wear this tie with yellow shirt.
2. Why did you beat him with a stick?

WITHIN, in the specified period, area etc.
1. He will come back within ten minutes.
2. Did you pay off the loan within a year?
3. He was told to stay within the limits of the ring.
4. The football has to stay within the playing field.
5. Please keep this information within the family.

OF belonging to, concerning
Part I, relation
1. Who is the owner of this car?
2. Has he become the manager of this bank?
3. This is the responsibility of a nurse.
4. The people of this area love to grow plants.

Part II, material
1. The ring is made of gold.
2. I bought a shirt made of cotton.

OFF
Part I, separation
1. The button of my shirt has come off.
2. He fell off a ladder.
3. Please keep off the grass.

Part II, disconnection
1. Who cut off the telephone wire?
2. Please switch off the T.V.

AGAINST, in opposition, resting on
1. They can’t speak against their leader.
2. He won’t go against your advice.
3. He was leaning against the wall.

BY
Part I, person
1. The tiger was killed by the hunter.
2. This story was written by Premchand.

WITHOUT, not having
1. You can’t leave a country without a passport.
2. Don’t touch anything without my permission.
3. She posted the letter without a stamp.
4. Never act without thinking about the Consequences.
5. He left without saying a word.

BEHIND, at the back of
1. The thief was hiding behind the door.
2. My house is behind the school.
3. The train is behind schedule.
4. The sun disappeared behind the clouds.
5. My family is behind me in my ambition to become an engineer.
6. India is behind China in terms of international trade.
7. Please tell him to stand behind the counter.

DURING, within a specified period of time
1. They did nothing during the last week.
2. She will complete this course during the summer vacation.
3. Raise this issue during the discussion.

OVER, higher than, above
1. There is no fan over the table.
2. The aeroplane is hovering over our colony.
3. We are passing over London.
4. He jumped over the wall.

UNDER, beneath or below
1. They took rest under a tree.
2. The books are under the pillow.
3. Please push this table under the fan.

BELOW, at a lower position
1. The valley is below the hill.
2. Don’t write below this line.
3. The temperature will remain below the freezing point.
4. His rank is below an inspector.
5. He got below 50% marks.

ACROSS
Part I, from one side to another side
1. Can he swim across the river?
2. The child ran across the ground.
3. Draw a line across the page.

Part II On the other side
1. My house is across the street.
2. Please wait for me across the road.

ABOUT, relating to, on the point of, almost going to
1. Do you know anything about him?
2. I have no knowledge about it.
3. They are about to go.
4. The movie was about to start.
5. Has he written a book about China?

TOWARDS, in the direction of
1. They ran towards the crossing.
2. He hit the ball towards the goal.
3. It is the first step towards greater unity between India and Pakistan.
4. Parents should be friendly towards their children.

THROUGH, to go in from one side and come out from the other side of
1. The tiger jumped through the ring.
2. They went through a tunnel.
3. The river Yamuna flows through Delhi.
4. The boys ran through the street.
5. I came to know about this computer through a newspaper advertisement.
6. The wind swept through the garden.

ALONG, on a course parallel to
1. We can go along this wall.
2. They went along the track/canal.
3. Let’s have a stroll along the river bank.

ALONG WITH, in addition to
1. The company is giving a DVD free along with this television.
2. I gave him a pen along with the book.

SINCE, (point of time)
1. It has been raining since morning.
2. He has been living in Delhi since 1987.
3. I haven’t visited him since his last birthday party.

BESIDE, at the side of, next to, near
1. You may sit beside me.
2. Please keep this chair beside the bench.

BESIDES, in addition to
1. Besides vegetables she bought apples.
2. Besides a car they also have a bike.

UP, from a lower to a higher point
1. Why are they going up the hill?
2. Climb up these stairs.

DOWN, from a higher to a lower point
1. They ran down the slope.
2. The rock rolled down the hill.
3. Her hair were hanging down.

ON TO, moving to a position on
1. He climbed onto the horse.
2. He moved the books onto the third shelf.

AMID/AMIDST/IN THE MIDST OF, in the middle of, surrounded by
1. Amid the noise I was unable to hear anything.
2. It was difficult for him to work in the city amidst such circumstances.
3. Amid confusion she lost her way.
4. In the midst of clappings he announced this scheme.

BENEATH, to a lower position
1. There was a toy beneath the books.
2. I can’t do this work as it is beneath my dignity.
3. The boat sank beneath the waves.

BEYOND, on the for side of
1. It was beyond his power.
2. The kidnappers have gone beyond the reach of the police.
3. This bike is beyond repair now.
4. Don’t study beyond midnight.

AROUND, on all sides
1. They drove around the city.
2. Build a wall around this garden.

A prepositional phrase is a group of words containing a preposition, a noun or pronoun object of the preposition and any modifier of the objects. 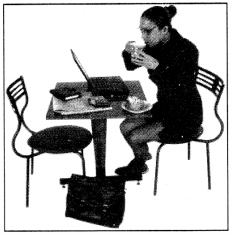 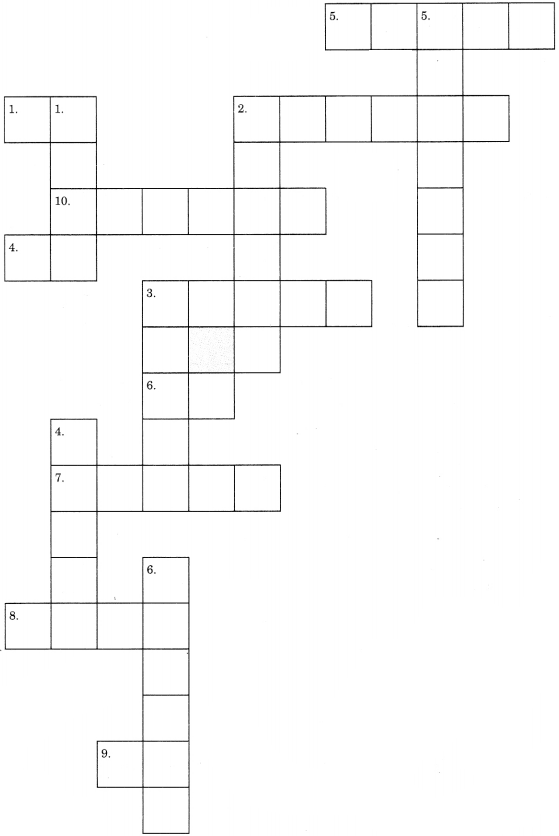