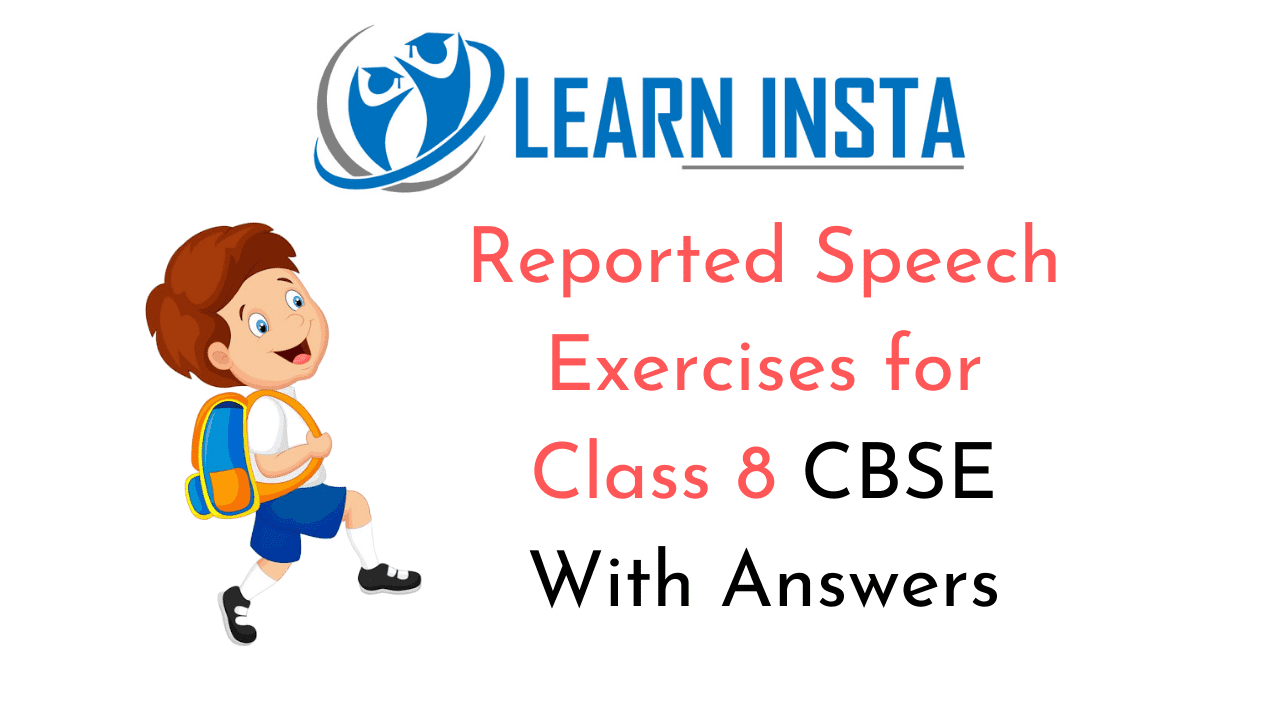 When we want to tell somebody else what another person said, we can use either direct speech and reported speech.

When we use direct speech, we use the same words but use quotation marks, For example: Scott said, “I am coming to work. I will be late because there is a lot of traffic now.”

When we use reported speech, we usually change the verbs, specific times, and pronouns. For example: Scott said that he was coming to work. He said that he would be late because there was a lot of traffic at that time.

Fundamentals:
The art of reporting the words of a speaker is called Narration. It is of two types:-

In narration a sentence has two parts:-

Persons: There are three types of persons:-

Rules
1. If Reporting Verb is in Present or Future Tense the tense of Reported speech is not changed.
2. (” “) inverted commas are replaced with the conjunction ‘that’.
3. Say to is replaced with tell, says to with tells and said to with told.

Part-II (Assertive Sentences in Past)

Rules:-
1. ‘said to’ is changed into ‘told’.
2. Use conjunction ‘that’ to connect
3. If Reporting Verb is in Past Tense the tense of the Reported Speech is changed according to the rules given below: –

Note: If Reported Speech has an explanation of Universal Truth, Habitual Fact or Historical Fact its Tense is not changed at all.
Examples:-

Part-III (Interrogative Sentences)
Rules:
1. In Interrogative sentences said or said to of reporting verb are replaced with asked or enquired.
2. If the interrogative (question) begins with Helping Verb or Modal (is, am, are, do, does, was, were, has, have, had, will, shall, would, can, could, should, may, might, must, etc.) the inverted commas (” “) are replaced with the conjunction if or whether.
3. If the interrogative (question) begins with WH-family (Why, what, which, when, whose, who, whom, how, etc.) the inverted commas (” “) are not replaced with any conjunction at all.
4. If there are no interrogatives (questions) in indirect speech we place helping verb or modal after the subject.

Interrogative Sentences in present or future:

Rules:
1. Use conjunction ‘that’ to connect the speech with reporting verb.
2. Change tenses according to the rules learnt in PART-II.
3. ‘Said’ is mostly changed into ‘exclaimed’ (sometimes ‘applauded saying’)
4. Replace ‘what’ or ‘how’ with ‘very’ (sometimes ‘big’ or ‘great’).
5. Replace exclamatory words as follows: AH!, Alas!…. with sorrow; Aha!, Ha!, Hurrah! ….with joy; Oh with surprise; Pooh! ….with contempt; Sorry! with regret, Bravo! with applauded saying.

Rules:
1. Such sentences indicate greeting & wishes (good morning, good noon, good day, would that, etc.), and prayer (may, may God). Therefore ‘said’ is mostly replaced with ‘wished’ or ‘prayed’.
2. In case of good bye, farewell, good night (when parting company) ‘said’ is replaced with ‘bade’.
Examples:- 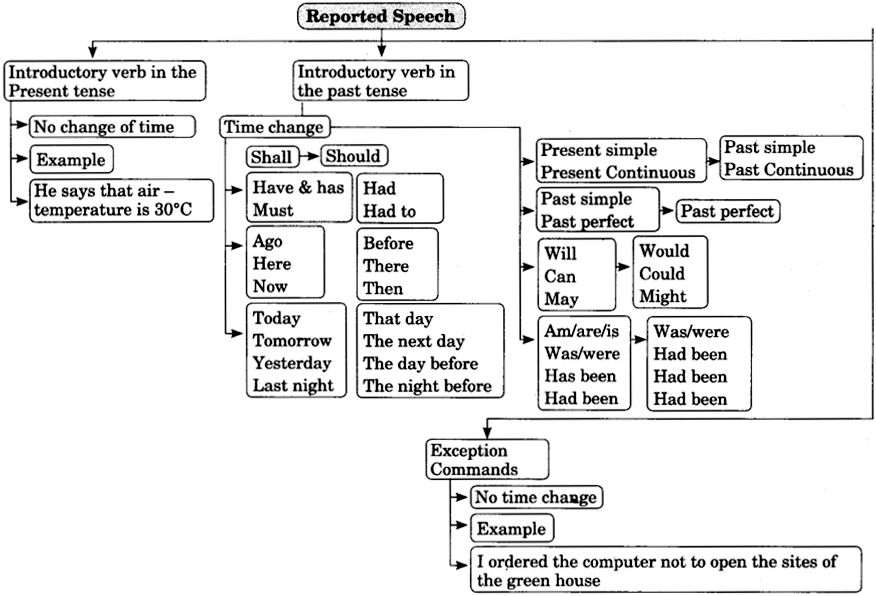 Question 2.
Write here, that day, the day before, the next day, the week before, according to the sentences.