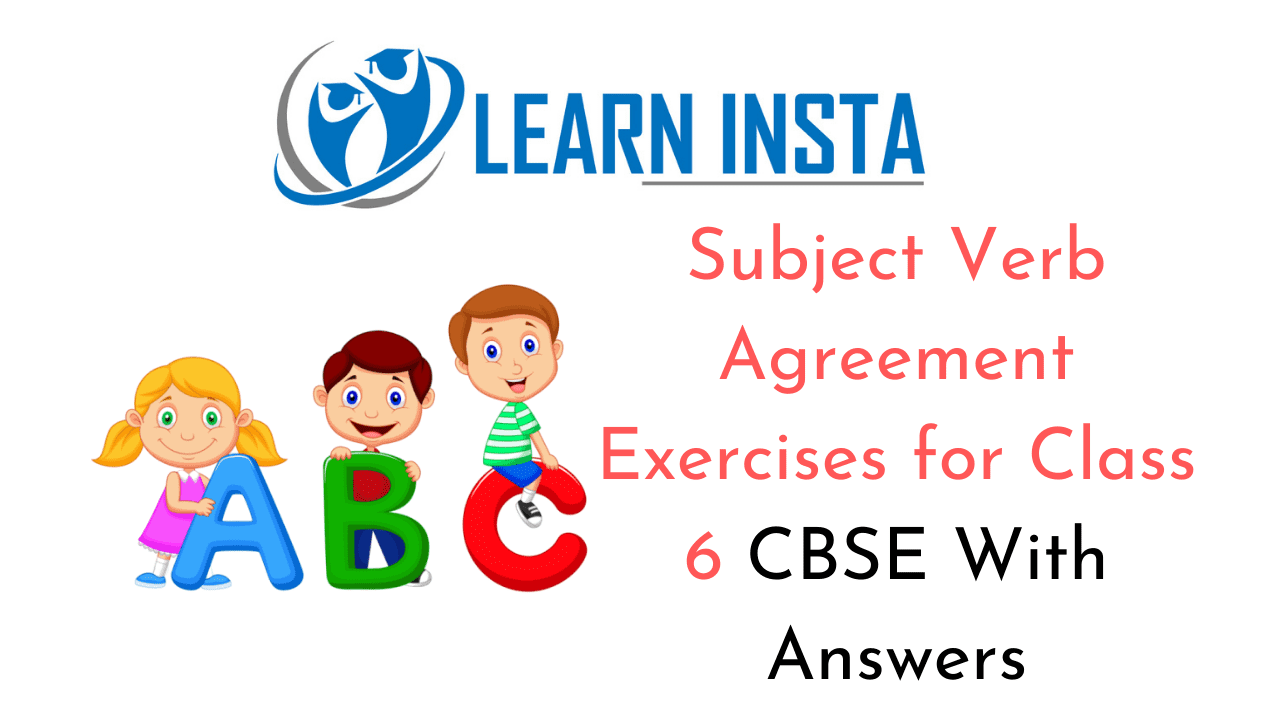 Verb comes from the Latin verbum, meaning, a word. It is so called because it is the most important word in a sentence. A verb is a word used to assert something about some person or thing.

Rule 1: A subject will come before a phrase beginning with of. This is a key rule for understanding subjects. The word of is the culprit in many, perhaps most, subject- verb mistakes.

Rule 3: The verb in an or, either/or, or neither/nor sentence agrees with the noun or pronoun closest to it.
Examples

Rule 4: As a general rule, use a plural verb with two or more subjects when they are connected by and.
Example:

Rule 5a: Sometimes the subject is separated from the verb by such words as along with, as well as, besides, not, etc. These words and phrases are not part of the subject. Ignore them and use a singular verb when the subject is singular.
Examples

Rule 5b: Brackets are not part of the subject.
Example:

Rule 6: In sentences beginning with here or there, the true subject follows the verb.
Examples

Rule 7: Use a singular verb with distances, periods of time, sums of money, etc., when considered as a unit.
Examples

Rule 8: With words that indicate portions—For example., a lot, a majority, some, all— Rule 1 given earlier in this section is reversed, and we are guided by the noun after of. If the noun after of is singular, use a singular verb. If it is plural. We use a plural verb.
Examples

Rule 9: With collective nouns such as group, jury, family, audience, population, the verb might be singular or plural, depending large part of audience has on the writer’s intent.
Examples

Rule 10: The word ‘were’ replaces ‘was’ in sentences that express a wish or are contrary to a fact:
Example:

Shouldn’t Jiwan be followed by was, not were, given that Jiwan is singular? But Jiwan isn’t actually here, so we say were, not was. The sentence demonstrates the subjunctive mood, which is used to express things that are hypothetical, wishful, imaginary, or factually contradictory.
Examples

Verb may tell us 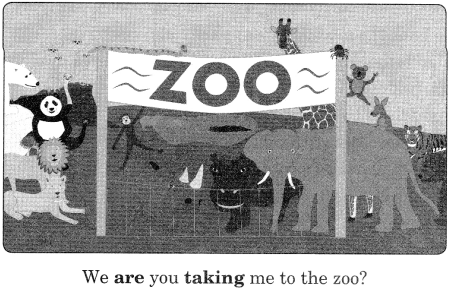 Have and Has
The verbs have and has are used to say what people own or possess. They are also used to talk about things that people do or get, such as illnesses. These words are the simple present tense of the verb have. 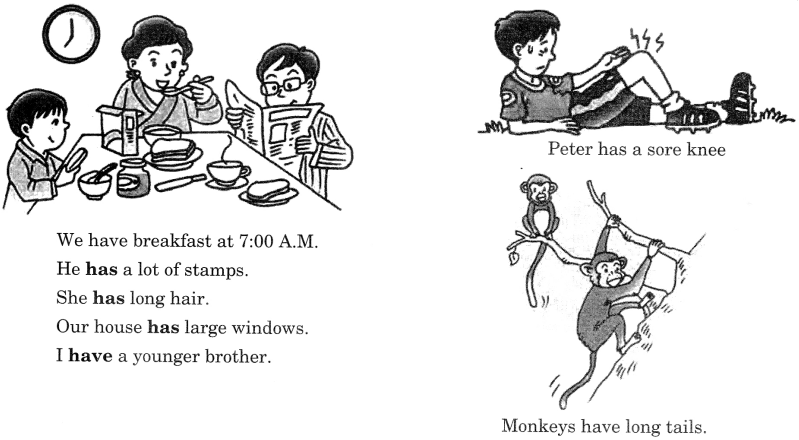 Use has with he, she, it and with singular nouns. Use have with I, you, we, they and with plural nouns. Here is a table to help you remember the rules:

Question 1.
Choose the correct form of the verb that agrees with the subject.

Question 2.
Complete the following sentences using an appropriate auxiliary verb form.
(i) You have been riding non-stop for hours. You _________ be very tired.
(a) must
(b) can
(c) ought

Question 2.
Choose the correct verb and fill in the blanks:

Question 3.
Circle the correct verb in each of the sentences given below.