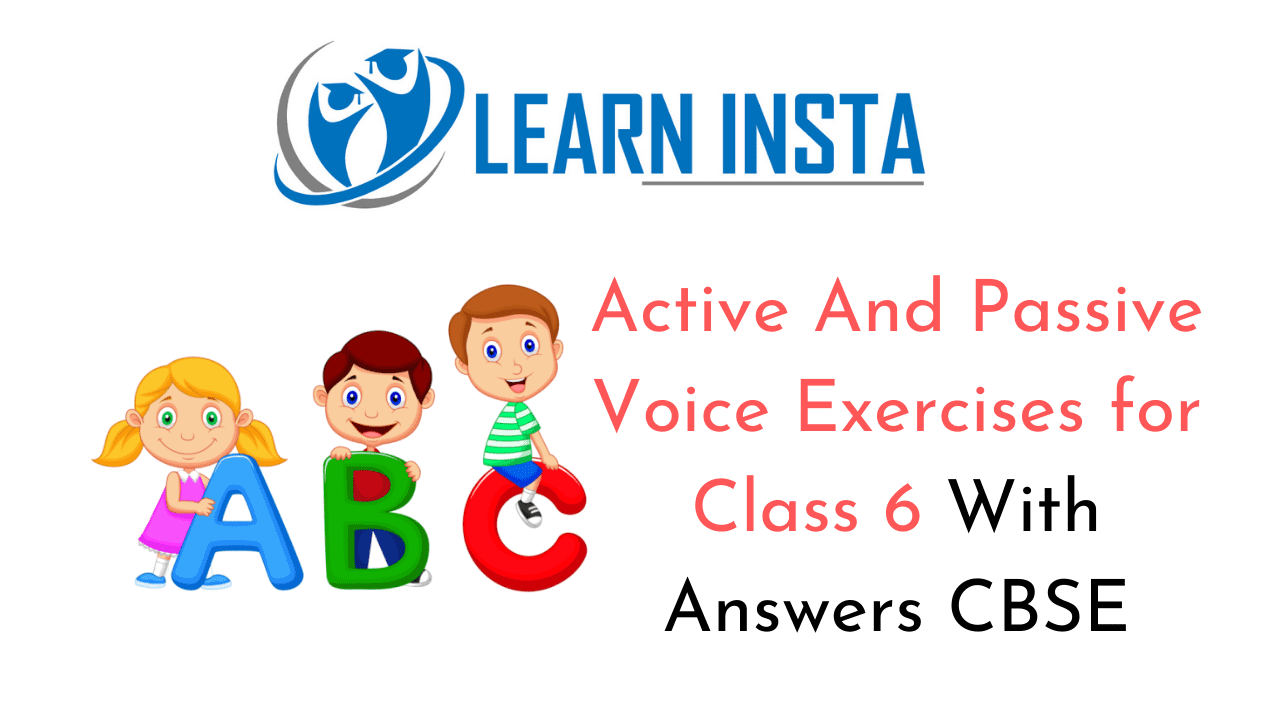 Question 1.
Change the following sentences so that the verbs will be in the passive voice.
(i) The boy killed the spider.
(ii) The police caught the thief.
(iii) The boy made a kite:
(iv) The sudden noise frightened the dog.
(v) Edison invented thew light bulb.
(vi) He made a very remarkable discovery.
(vii) His own brother betrayed him.
(viii) I have sold my old car.
(ix) They opened the store only last month.
(x) We do not permit smoking in the kitchen.
Answer:
(i) The spider was killed by the boy.
(ii) The thief was caught by the police.
(iii) A kite was made by the boy.
(iv) The dog was frightened by the sudden noise.
(v) The light bulb was invented by Edison.
(vi) A very remarkable discovery was made by him.
(vii) He was betrayed by his own brother.
(viii) My old car has been sold.
(ix) The store was opened only last month.
(x) Smoking in the kitchen isn’t permitted.

Question 2.
Rewrite the following sentences into Passive voice.
(i) I did not beat her.
(ii) I will never forget this experience.
(iii) Mother made a cake.
(iv) The boy teased the girl.
(v) Did she do her duty?
(vi) The tiger was chasing the deer.
(vii) She has written a novel.
(viii) She has learned her lessons.
(ix) Have you finished the report?
(x) The police have caught the thief.
Answer:
(i) She was not beaten by me.
(ii) This experience will never be forgotten by me.
(iii) A cake was made by mother.
(iv) The girl was teased by the boy.
(v) Was her duty done by her?
(vi) The deer was being chased by the tiger.
(vii) A novel has been written by her.
(viii) Her lessons have been learned by her.
(ix) Has the report been finished by you?
(x) The thief has been caught by the police.

Question 1.
Transform the following sentences by changing voice:
(i) The minister distributed blankets among poor on his birthday.
(ii) The captain scolded the umpire for not agreeing to his appeal.
(iii) The fine has been paid by me.
(iv) The boy hit the stranger with his bat.
(v) The woman booked him for cheating.
(vi) They pulled him from court room.
(vii) The principal instructed the teachers.
(viii) The director was slapped by the actress.
(ix) Close the door.
(x) The road was blocked by Jat protestors.

Question 2.
Are the sentences written in Active or Passive?
(i) Steven likes to play baseball.
(a) Active :
(b) Passive

(ii) Bingo is played in Britain.
(a) Active
(b) Passive

(iii) He lost his keys yesterday.
(a) Active
(b) Passive

(v) They are listening to their music.
(a) Active
(b) Passive

(vii) These cars are produced in Italy.
(a) Active
(b) Passive

(viii) French is spoken by Russian.
(a) Active
(b) Passive

(ix) Lots of houses were destroyed.
(a) Active
(b) Passive