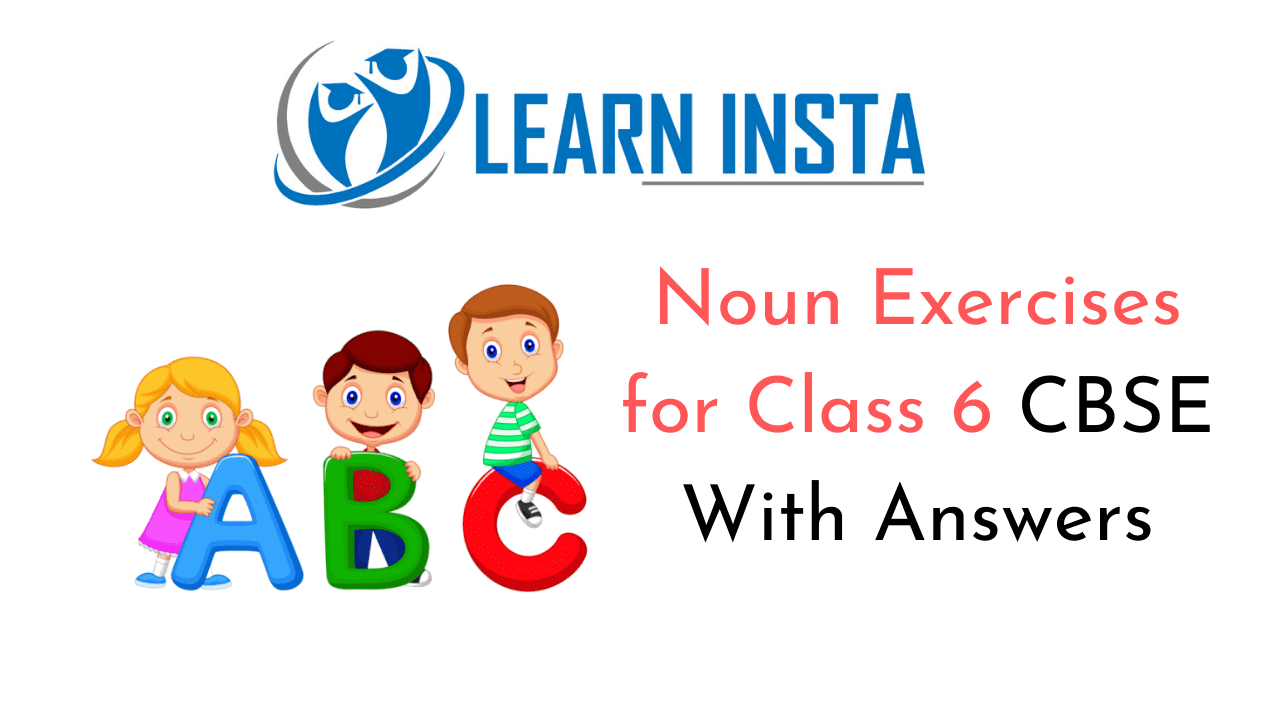 Any name given to a person, thing, animal or place is called a noun.

Common Noun
A name given to a class of persons, things or animals is common noun.
Or
Common noun is not the name of any particular person or place.

Note: Common nouns need not be written with capital letters, except in the beginning of the sentences.

Proper Noun
The name that is particularly given to a person or place as its unique identity is called as proper noun. Proper noun must begin with a capital letter.

Note: Generally, material objects are not objects, but parts of other objects.

Important points
Material objects are uncountable, i.e., they cannot be counted as 1, 2, 3, ….
But they can be measured or weighted. eg.

Collective Nouns
Collective nouns are the names given to a collection of similar things taken as a whole, e.g.

Abstract Nouns
Abstract nouns are the names given to abstract things or intangible things. Abstract things are the things which cannot be seen or touched, but can be felt or experienced, e.g. Intelligence, friendship, smartness, boldness, fear etc.

Abstract nouns are the names of quality, feelings, state or action.

The Noun: Number
Nouns are used either in singular number or in plural number.
1. Singular number is the object is ‘one’ in number. e.g.

2. Plural number if the objects ‘are more than one’ in number. e.g.

The Rules for Making Plural forms of Singular nouns
Rule 1
Adding ‘s’ as a suffix.

If there is a consonant before y then remove ‘y’ and add ‘ies’.

If there is a consonant before

Rule 7
Plural of compound nouns is made as

The Noun: Gender
Gender of a noun denotes the difference they have in terms of their sex.

Rules for changing Masculine into Feminine

Rule 1
Masculine can be changed into feminine by adding ‘ess’.

Rule 2
In some nouns, ending in ‘r’, after removing the Vowel’ before the last letter.
Masculine can be changed into feminine by adding ‘-ess’.

Rule 3
Masculine can be changed into the feminine by using a completely different word.

Rule 5
Feminine of some masculine are made by removing the last vowel and consonant and then by adding ‘-ess’.

Question 2.
Choose the correct answer to complete these sentences.
(i) I have a lot of (a lot of / a few) homework to finish by tomorrow.
(ii) There is (no/any) jam left in the jar.
(iii) If you are going to the market, pick up (some/many) bread too, please.
(iv) Joe must have
(v) There are (few/little) tigers left in this national park.
(vi) Anchal can sit in the back of the car. There is (plenty of/ a large amount of) room back there.
(vii) The term showed (a large amount o17 a lot of) enthusiasm for the upcoming game.
(viii) The gift package will arrive soon. Have (the/a little) patience.
Answer:
(ii) no
(iii) some
(iv) much
(v) few
(vi) Plenty of
(vii) a large amount of
(viii) 2 little

Question 3.
Underline nouns in the following sentences:
(i) The decision was left to jury.
(ii) This furniture requires service.
(iii) Our hostess looked embarrassed.
(iv) Parents will attend the PTM.
(v) The data is misleading old doctored.
(vi) Measles spread in the town.
(vii) Old is not always gold.
(viii) What is the agenda today?
(ix) She has poor focus and attention.
(x) Cleanliness is everyone’s concern.

Question 4.
Each of the phrases given below contains a collective noun. Complete each phrase by putting in the missing word. Choose from the box: