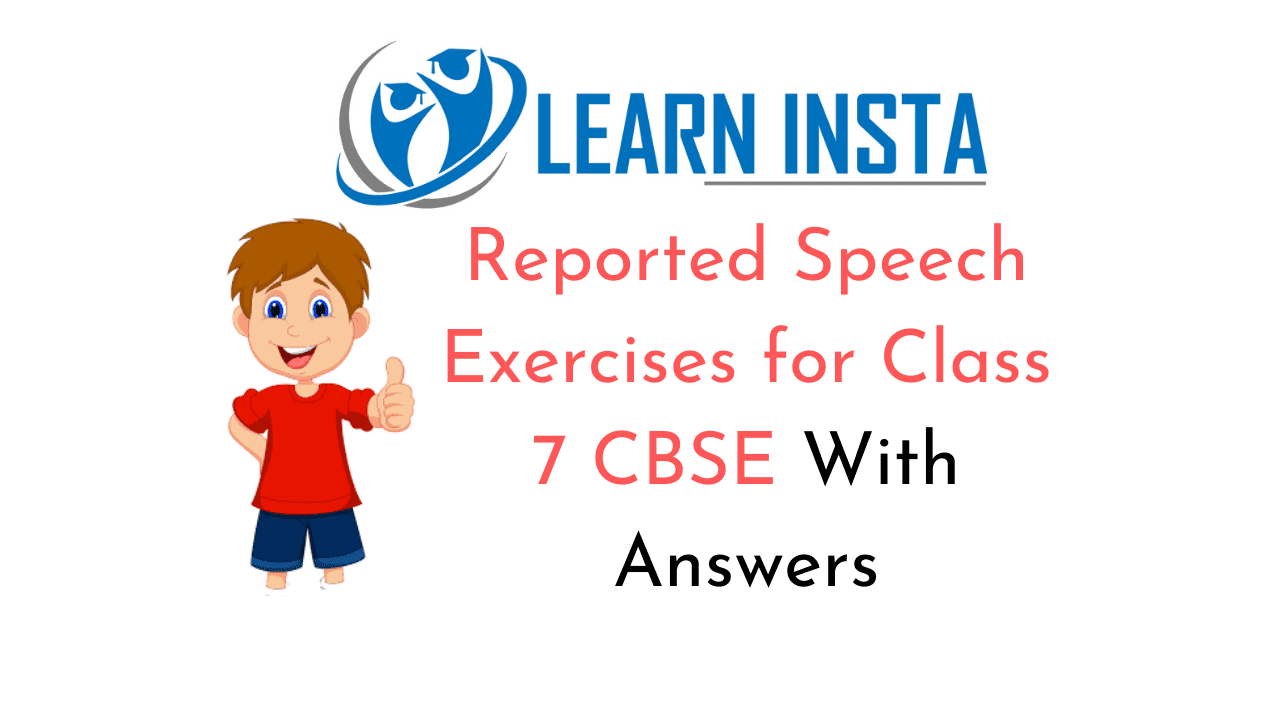 We can also report what the speaker said without quoting his/her exact words. This is called indirect speech or reported speech.

My friends said that they had enjoyed their holiday in London.
Kavish said that he was/had been working on his project.
Navya promised that she would come to my party.

In indirect speech, we:

Different types of Sentence:
When you use reported, you either report:

A. Reporting Statements:
When transforming statements, check whether you have to change:

1. Pronouns: In reported speech, you often have to change the pronoun depending on who says what.
Example:

B. Place, Demonstratives and Time expressions
Place, demonstratives, and time expressions change if the context of the reported statement (i.e. the location and/or the period of time) is different from that of the direct speech.

In the following table, you will find the different changes of place; demonstratives and time expressions.

Reporting Questions
When transforming questions, check whether you have to change:

Also, note that you have to:

We transforming requests and commands, check whether you have to change:

Tenses are not relevant for requests – simply use to / not be + verb (infinitive without “to”)
Example:

D. Other transformations
Expressions of advice with must, should, and ought are usually reported using advice/urge.
Example:

The expression let’s is usually reported using suggest. In this case, there are two possibilities for reported speech: gerund or statement with should.
Example:
Let’s go to the cinema.

If the subject is dropped in the second main clause (the conjunction is followed by a verb), do not use, that’.

2. Complete these indirect speech sentences with the correct pronoun or determiner. The first one has been
done for you.