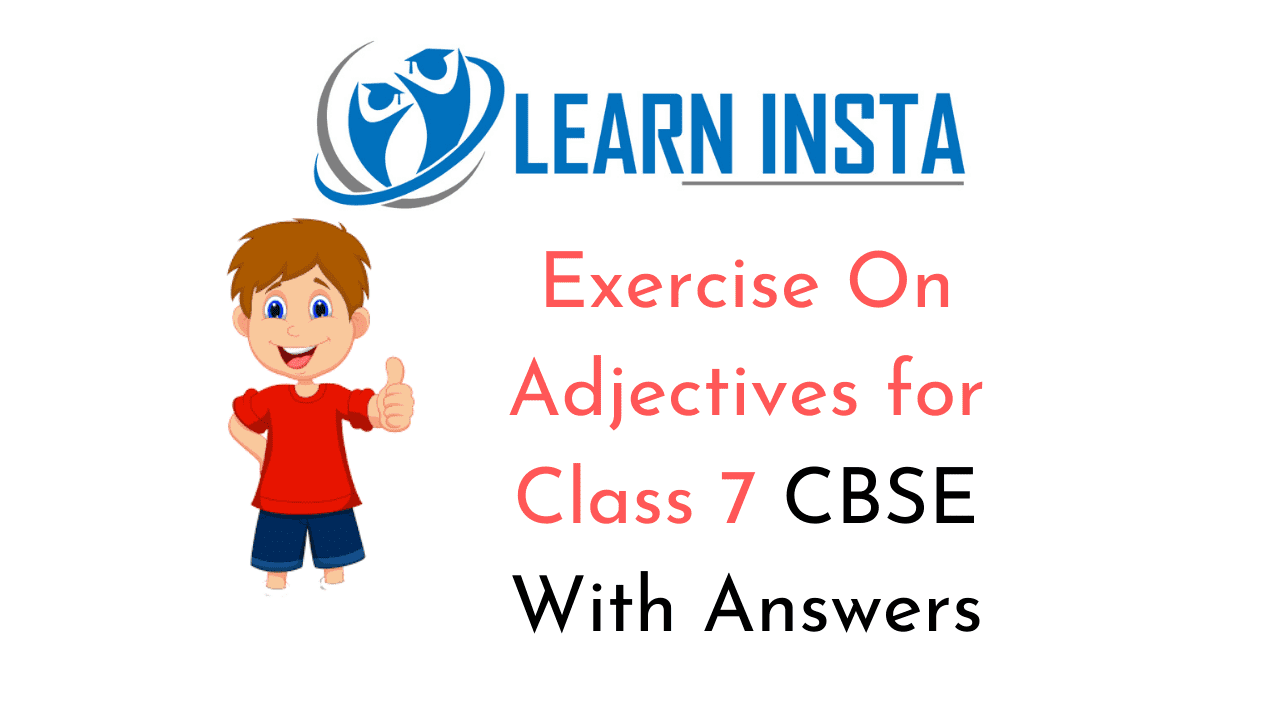 An adjective modifies a noun or a pronoun by describing, identifying or quantifying it.
Most often, an adjective precedes the noun or the pronoun which it modifies.
The duck–shaped balloon floated over the treetops.
The small boat foundered in the dark and stormy sea.
Sometimes, an adjective is placed after a being verb. In such cases the adjective is called an adjective complement or a predictive adjective.
Your behaviour was outrageous.
The dancer is very graceful.

Exercise On Adjectives for Class 7 CBSE With Answers Pdf

Adjective of quantity describes the amount or quantity of something without knowing its exact number. Some, any, much, many, lots of, plenty of, a few, a little, all, few are adjectives of quantity.
Examples:

Adjective of number tells how many people, places, animals or things are there.
For Examples:

Interrogative Adjectives are used to ask questions about a noun or in relation to a noun such as what, which, whose, how, why, etc.
For Examples:

Order of Adjectives: Sometimes several adjectives are used to describe a noun or a pronoun. When you use two or more adjectives, the usual order is: size, quality, colour, origin, substance.
Examples:

Adjective of substance comes after the adjective of colour.
For Examples:

2. Underline the adjective in the following sentences. Then rewrite the sentences using the adjectives attributively. The first one has been done as an example.
(i) The team is fantastic! It is a fantastic team.
(ii) The story is uplifting.
(iii) This painting is costly.
(iv) The day was depressing.
(v) The prank was funny.
(vi) Many refugees were homeless.
(vii) The kitten was brown and white.
(viii) The affair was very tragic.

Adjectives of quality have three degrees of comparison – positive, comparative, and superlative. To describe only one person or thing we use a positive degree.

When we compare one person or thing with another, we use a comparative degree.

Rules of using Degrees of comparison 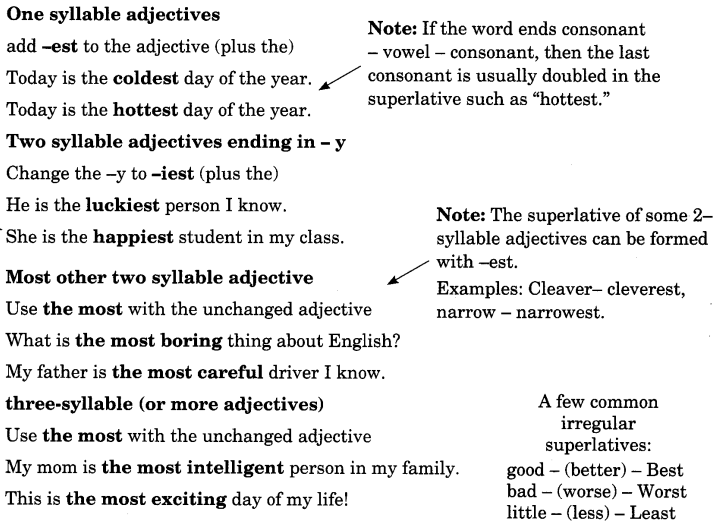 Question 1.
Fill in the blanks with a comparative degree of adjective given in brackets.

Question 2.
Fill in the blanks given below with a superlative degree of the adjective.

1. Use the correct word from the brackets to complete each sentence.

2. Choose the appropriate word from the brackets to complete the sentence.

3. Compare the following picture using the three degrees of adjectives.