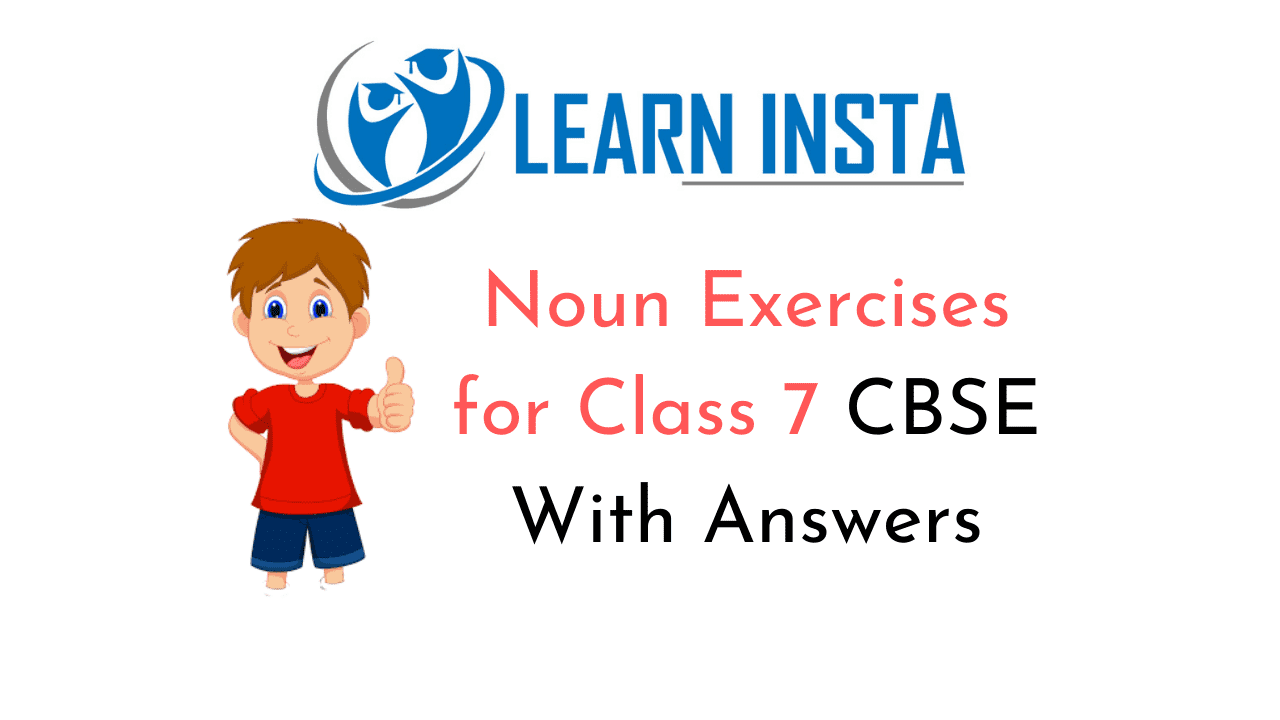 It does not name any particular person, place or a thing. It speaks in general about persons, places or things of the same kind.
Examples:

Proper noun:
It names a particular person, place or a thing.
Examples:

Concrete noun:
A noun that denotes a material object rather than an abstract quality, state or action.
Examples:

Abstract noun:
It names a feeling or a state of being which has no form or shape and which cannot be seen or touched, but whose existence we can recognise.
Examples:

Collective noun:
It names a group or a collection of people or things taken together and treated as one.
Examples:

Countable noun:
A noun which can be counted is called a countable noun. So countable nouns can either be singular or plural. Some common nouns and collective nouns belong to this category.
Examples:

Uncountable noun:
A noun which cannot be counted is called an uncountable noun.
So it is neither singular nor plural. Some common nouns and abstract nouns belong to this category.
Examples:

Gender Nouns:
The Gender of a noun indicates whether it is male or female.
For Examples::

Masculine nouns are the words for men, boys and male animals.
Examples::

A noun that denotes a female is called Feminine Gender. Feminine nouns are the words for women, girls and female animal.
Examples:

Number Nouns:
There are two types of nouns on the basis of number: Singular Noun and Plural Noun

Singular Noun:
When we speak about one person and one thing, we use the noun in singular form. Single means one.
Examples:

In these sentences, the nouns- man, group, monkey, temple and table are in singular forms.

Plural Noun:
When we speak about more than one person or thing, we use the noun in plural form.
Examples:

In these sentences, the words women, groups, tables, children and guns are plural- nouns.

Possessive Case:
When a noun or a pronoun is used to show ownership or possession, authority, origin, kind etc., it is called Possessive Case.
Examples:

Apostrophe indicates joint ownership
When two nouns are joint owners of something, only the second noun is in the possessive form i.e. an apostrophe and ‘s’ is added at the end of second noun.
Examples:

Compound possessive nouns
If it is a hyphenated compound noun, add the apostrophe s (‘s) to the last word.
Examples:

Exercise – 1
Read the statement given below and tick the correct option:

Use capital letters for Proper Nouns in the following sentences.

Exercise – 3
Identify which of the following are common noun, proper noun, collective noun and abstract noun.

Complete each sentence by choosing the correct word from the bracket

Internal Assessment
Read the noun on the candy. Use the colour code to color the candy.
Color code – person–red, place – purple, thing – pink. 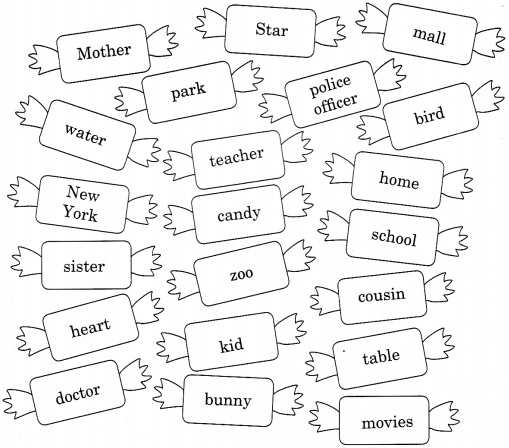 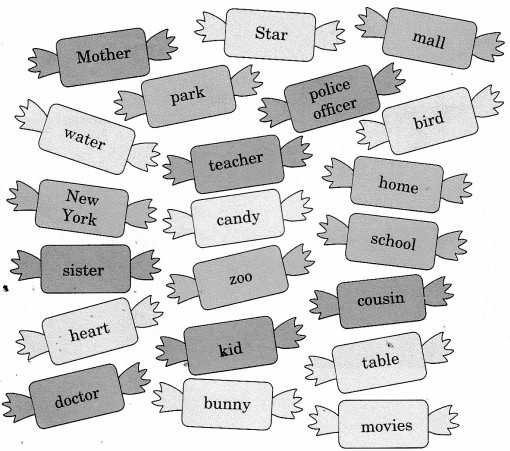 1. Write each noun in a box on the correct side. Remember to begin each proper noun with capital letters. 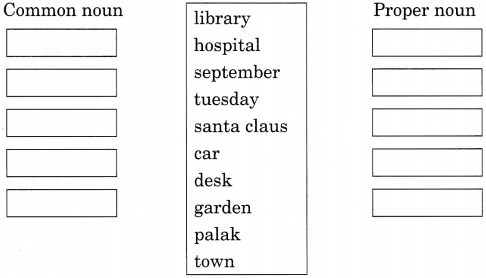 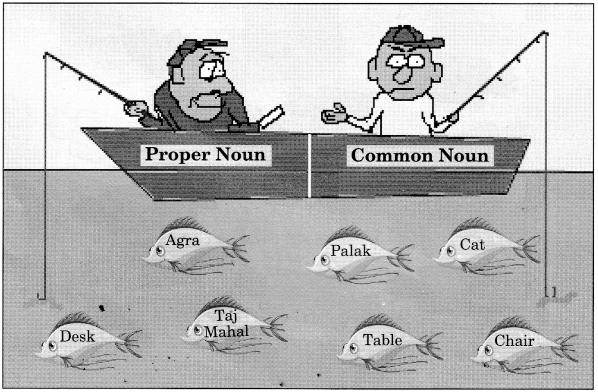