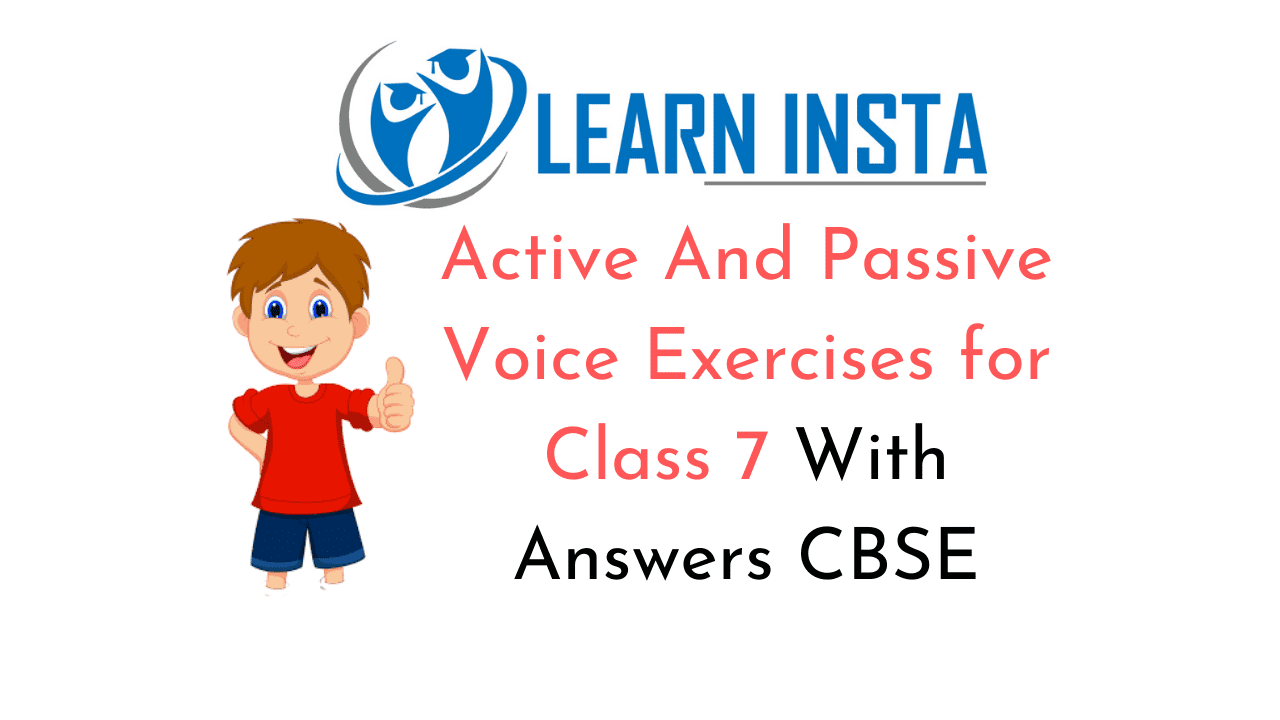 When to use Active Voice:
When focus is on an agent, the sentence is used in active mode.

The form of verb which tells whether the subject (person or object) of a sentence do something or something has been done to the subject is called voice.

Passive Voice: A verb is in the Passive Voice when the subject is being acted upon or when the emphasis is on the object or the work done.
Examples:

The sentence must have objects. If there is no object then there must be a questioning statement which of the asks the object. Object active sentence becomes the subject of passive sentence. The word ‘by’ is used before the subject in sentences in passive voice. 3rd form of Verb is always used as the main verb in sentences of passive voice for all tenses. The places of subject and object are interchanged i.e. the object shifts to the place of subject and subject shifts to the place of object in the passive voice.

Auxiliary verbs are used in passive voice according to the tenses.

Change Of Pronouns In Active And Passive Voice

Active and Passive voice in the simple present tense.

Active and Passive voice in the present perfect tense.

Active and Passive voice in past perfect tense. 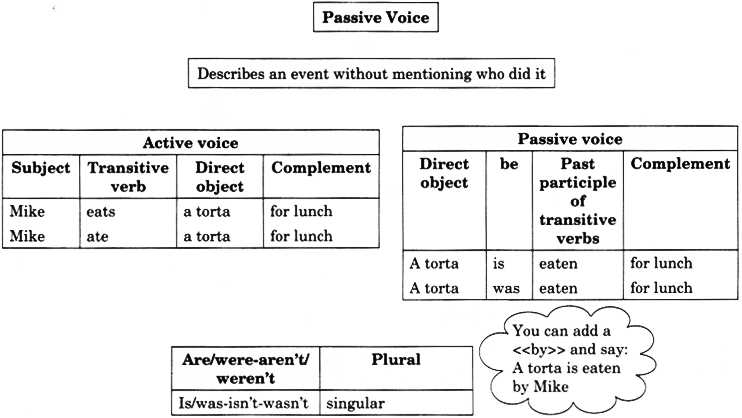 Question 2.
Change the following sentences into the passive voice.
(i) They elected him chairman.
(ii) The children laughed at the beggar.
(iii) The guard caught the thief.
(iv) The soldiers attacked the enemy barracks.
(v) The cat drank all the milk.
(vi) The old man takes’snuff.
(vii) Somebody hit the dog with a stick.
(viii) I will order the carriage.
(ix) One may accomplish anything with a little effort.
(x)” A thunderstorm often turns milk sour.
Answer:
(i) He was elected chairman (by them).
(ii) The beggar was laughed at by the children.
(iii) The thief was caught by the guard.
(iv) The enemy barracks were attacked by the soldiers.
(v) All the milk was drunk by the cat.
(vi) Snuff is taken by the old man.
(vii) The dog was hit with a stick (by somebody).
(viii) The carriage will be ordered (by me).
(ix) With a little effort anything can be accomplished.
(x) Milk is often turned sour by a thunderstorm.

Question 3.
Change the following sentences into active voice.
(i) Did she do her duty?
(ii) The tiger was chasing the deer.
(iii) She has written a novel.
(iv) She has learned her lessons.
(v) Have you finished the report?
(vi) The police have caught the thief.
(vii) My brother has completed the work.
(viii) Somebody stole my pen yesterday.
(ix) Our team may win in match.
(x) Nurses look after patients.
Answer:
(i) Was her duty done by her?
(ii) The deer was being chased by the tiger.
(iii) A novel has been written by her.
(iv) Her lessons have been learned by her.
(v) Has the report been finished by you?
(vi) The thief has been caught by the police.
(vii) The work has been completed by my brother.
(viii) My pen was stolen by somebody yesterday.
(ix) The match may be won by our team.
(x) Patients are looked after by nurses.

(xv) Someone is repairing the instrument. (Active)
The instrument is being repaired by someone. (Passive)
The Change of voice is:
(a) correct
(b) incorrect
(c) voice can’t be changed
(d) can’t say