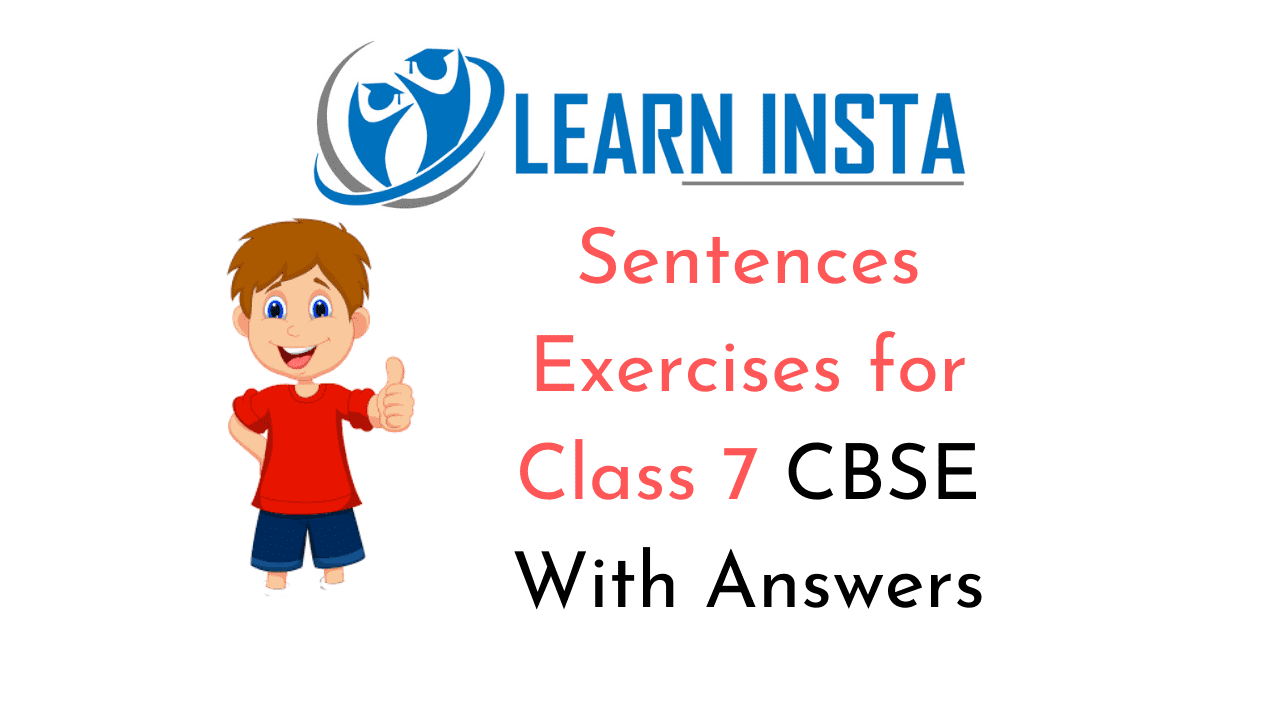 When we speak or write we use words. We generally use these words in groups; as, Little Jack Horner sat in a corner.

A group of words like this, which makes complete sense, is called a Sentence.

Every complete sentence consists of two parts: a subject and a predicate.
While making a sentence we mention a place or a thing and also say something about that person or thing. While the subject is what the sentence is about, the predicate talks about the subject.

Note: The subject usually comes before the sentence, but in exceptional cases, it comes at the end of the sentence.
E.g.

In the above sentences, the verb is ‘comes’, we first ask, “what comes? The answer is ‘train’.
So, the subject is ‘the train’ and the predicate is ‘here comes’.

The Clause
The clause is a group of words having its own subject and a predicate though it does not make a complete sense. It is rather a part of another sentence.
E.g.,

The bold part does not make a complete sentence. But since it has its own subject and predicate it is a clause on which the other clause ‘you can go out today’ depends.

The Phrase
A group of words at the end of the sentence makes a sense, but not a complete sense, is known as a phrase. The phrase may have nouns or verbs, but it does not have a subject and predicate.

Rule 4: and (if join two words) → Replaced by → Not only but also.
Examples:
Aff: He was obedient and gentle.
Neg: He was not only obedient but also gentle.

Rule 7: Absolute Superlative degree → Replaced by → No other + attached word + so + positive form + as + subject
Examples:
Aff: Dhaka is the biggest city in Bangladesh.
Neg: No other city is as big as Dhaka in Bangladesh.

Rule 8: Sometimes affirmative sentences are changed into negative by using opposite words. Before the word, off course ‘not’ is used.
Examples:
Aff: I shall remember you.
Neg: I shall not forget you.

Rule 11: As as → Replaced by → Not less than.
Examples:
Aff: Simi was as wise as Rimi.
Neg: Simi was not less wise than Rimi.

Rule 12: Universal truths are changed by making them negative interrogative.
Examples:
Aff: The Sunsets in the west.
Neg: Doesn’t the Sunset in the west?

Rule 15: A few → Replaced by → not many.
Examples:
Aff: Bangladesh has a few scholars.
Neg: Bangladesh doesn’t have many scholars.

Rule 16: Much → Replaced by → A little.
Examples:
Aff: He belongs much money.
Neg: He doesn’t belong a little money.

Rule 17: A little → Replaced by → not much.
Examples:
Aff: Danish has a little skill.
Neg: Danish doesn’t have much skill.

Rule 4: Everybody/everyone/AII → Replaced by →Who + Don’t/ Doesn’t/Didn’t
Examples:
Ass: Everybody wishes to be happy.
Int: Who doesn’t wish to be happy?

Rule 5: Every + noun → Replaced by → Is there any + noun+ Who don’t/doesn’t/didn’t.
Examples:
Ass: Every man wishes to be happy.
Int: Is there any man who doesn’t wish to be happy?

What a pity!
Ass: It is a great pity.

Rule 4: Alas → Replace by → I/we Mourn that/ It is a matter of sorrow or grief that.
Examples:
Alas! He has failed.
Ass: We mourn that he has failed.

Rule 1: Add subject + should in doing assertive.
Examples:
Do the work.
Ass: You should do the work.

Rule 1: If the sentence has superlative degree, we can change it into comparative and positive degree.

To form comparative, use
subject +verb + adjective/adverb (comp, form) + Than any other + rest part To form positive, use-

Rule 3: Simple comparative is transformed into positive by using (not so + adj/adv+as)/ (so+adj/adv+as)if negative. Second noun or pronoun is used first.
Examples:
1. Com: Rina is wiser than Mina.
Pos: Mina is not so wise as Rina.
2. Com: Mina is not wiser than Rina.’
Pos: Rina is as wise as Mina.

Rule 4: No/not less — than is transformed into positive by using as +adj/adv+ as
Examples:
Com: Karim is not less meritorious than Suman.
Pos: Karim is as meritorious as Suman.

Question 3.
Complete the following sentences by choosing appropriate phrases from the box given below. how to do it to my door in the east on a wall of gold
(i) The sun rises
(ii) I asked my friend to show me
(iii) My mother has a chain
(iv) There came a beggar
(v) Humpty Dumpty sat –
Answer:
(i) in the east
(ii) how to do it
(v) on a wall.
(iii) of gold
(iv) to my door