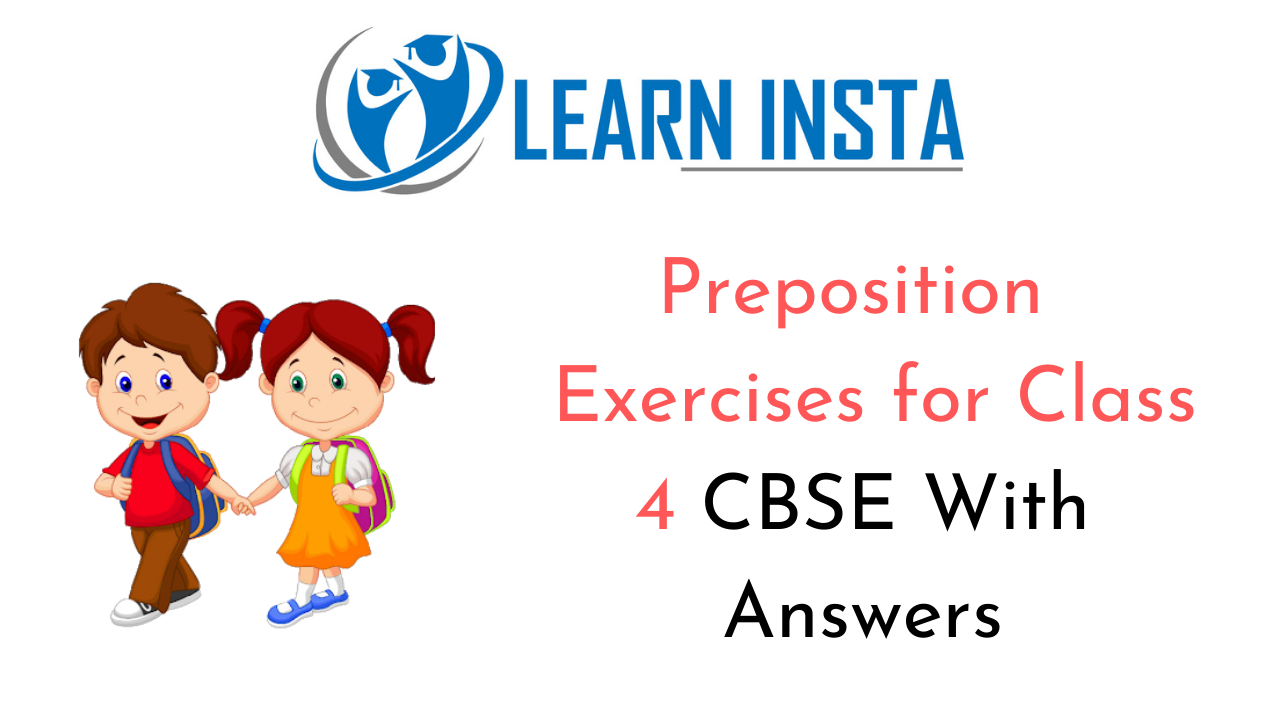 It shows relations between the naming words, describing words etc.

A preposition that tells where something or someone is placed is called preposition of place. Across, around, between, in front of, next to, behind, over are the prepositions of place.

A. Underline the prepositions in the following sentences.

1. He dived in the pond and swam across it in five minutes.
2. The climber took the rope from his bag and tied it round the rock.
3. The cat squeezed through the small window, jumped onto the ground and ran along the path.
4. It was windy during the night, so I couldn’t sleep at night and got up late in the morning.

B. Choose from the following prepositions- across, at, from, in, on, to and complete the sentences.

More about Prepositions Exercises for Class 4 CBSE With Answers B. Fill in the blanks with correct preposition from the brackets.

C. Fill in the blanks with by on.