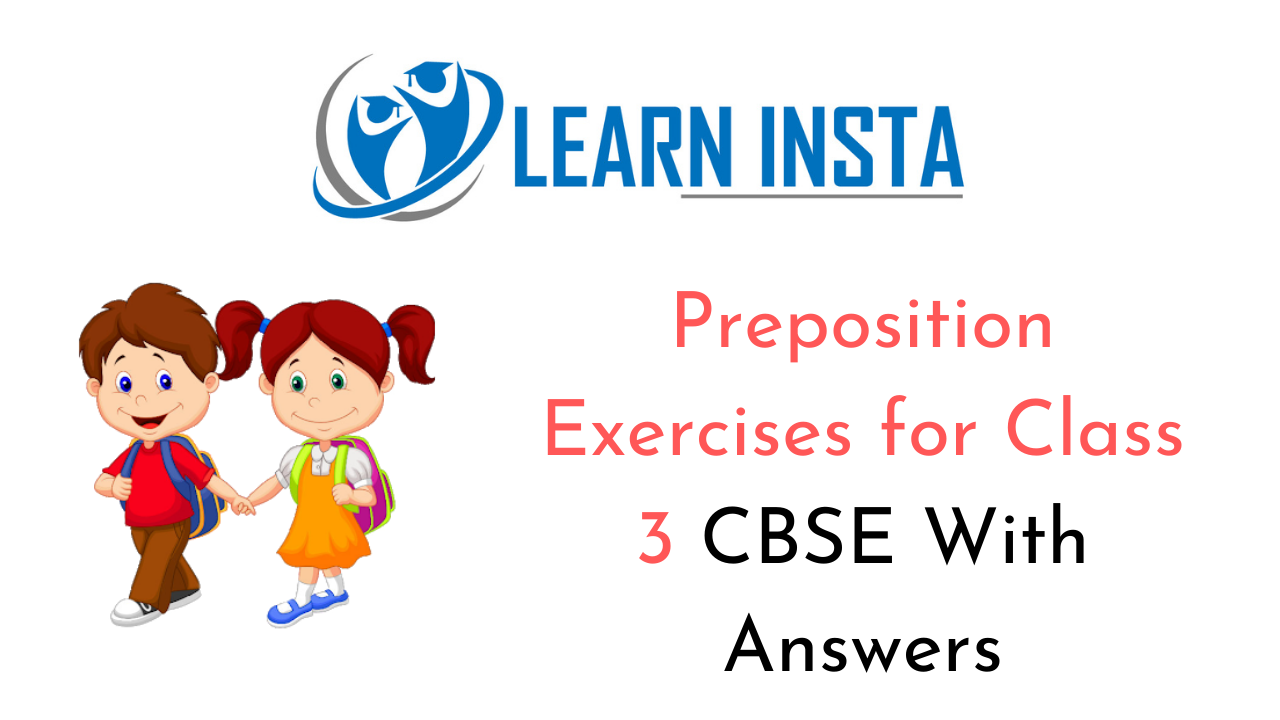 A. Look at the pictures and write where the ball is in each picture.

B. Underline the preposition in each sentence.

1. Sherry walked across the street.
2. Pari wandered into the pet store.
3. Molly left before lunchtime.
4. Meena’s office is near the cafeteria.
5. Ankita fell asleep during class.
6. Anil sat on his new rocking chair.
7. Sahil drove around the block.
8. Under a warm blanket, Pradip rested.

More about Prepositions Exercises for Class 3 CBSE With Answers

Fundamentals
In, On and At are prepositions of time.

Some other prepositions of time

A. Answer the following questions from the story above.

A. Fill in the correct prepositions.

B. Choose the correct prepositions.