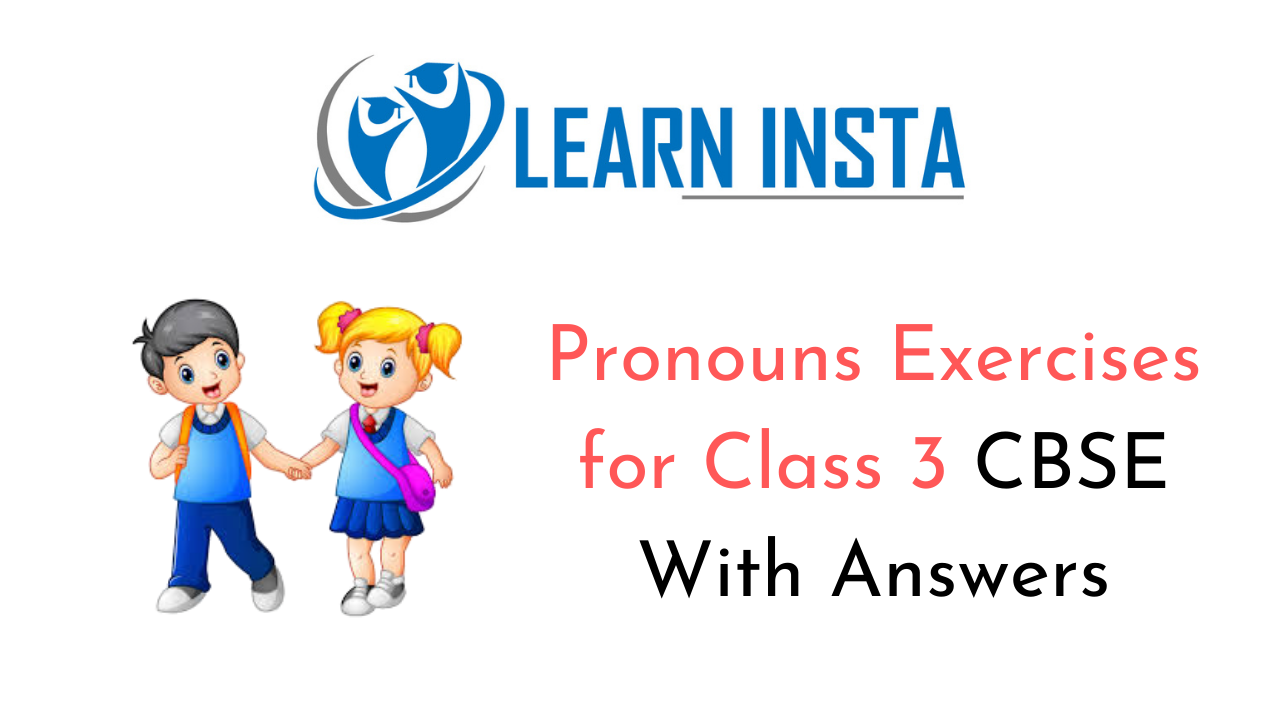 A pronoun is a word that can be used to take the place of a noun. The noun to be replaced can be the name of a person, place, animal or thing. Personal, Reflexive, Emphasising, Demonstrative, Interrogative, Possessive are the different types of pronouns. Personal Pronouns: Pronouns that stands for a person or a thing are called Personal Pronouns. i.e. I, we, you, he, she, it and they are personal pronouns. The pronoun must agree in number with the noun that it replaces. If the noun is in the singular form, the pronoun must also be in the singular form. And, if it is in the plural form, the pronoun must also be in the plural form.

Examples:
Singular: The boy is playing with his puppet. He has a sock puppet.
Plural: The boys are playing with their puppets. They have puppets of various colours.

A. Change the underlined word or words to a pronoun and rewrite each sentence.

B. Underline the pronouns in the sentences given below. Some sentences have more than one pronoun.

1. She went to the store with Anu.
2. Six of us had to squeeze in the tiny car.
3. Every Thursday, Kitty goes to Wal-Mart with them.
4. At the store, the cashier gave her some change.
5. When the sun comes up, he leaves for work.
6. I enjoyed seeing them on the playground.
7. Have you hung the painting on the wall yet?
8. If I eat all of these vegetables, mother will let me watch television.
9. We played with the puppy, then fed it a biscuit.
10. Have you seen the sandcastle we built?

C. Read each pair of sentences and underline the words from the first sentence that the pronoun replaces in the second sentence. The first one has been done for you.

1. John and I went to the movie theater. We bought some

popcorn ‘John and I’ replaced with ‘We’.
2. The magician

More about Pronouns Exercises for Class 3 CBSE with Answers

A. Answer the following questions according to the story.

B. Fill in each blank with the help of the story given above.

A. Use the reflexive pronouns in the box given below to complete the sentences. Then underline the noun to which the pronoun is referring. The first one has been done for you.

B. Tick the correct pronoun. 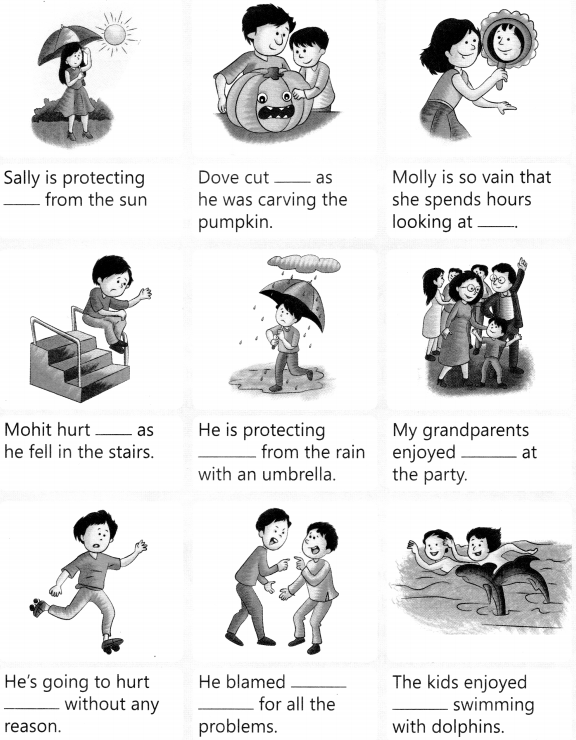