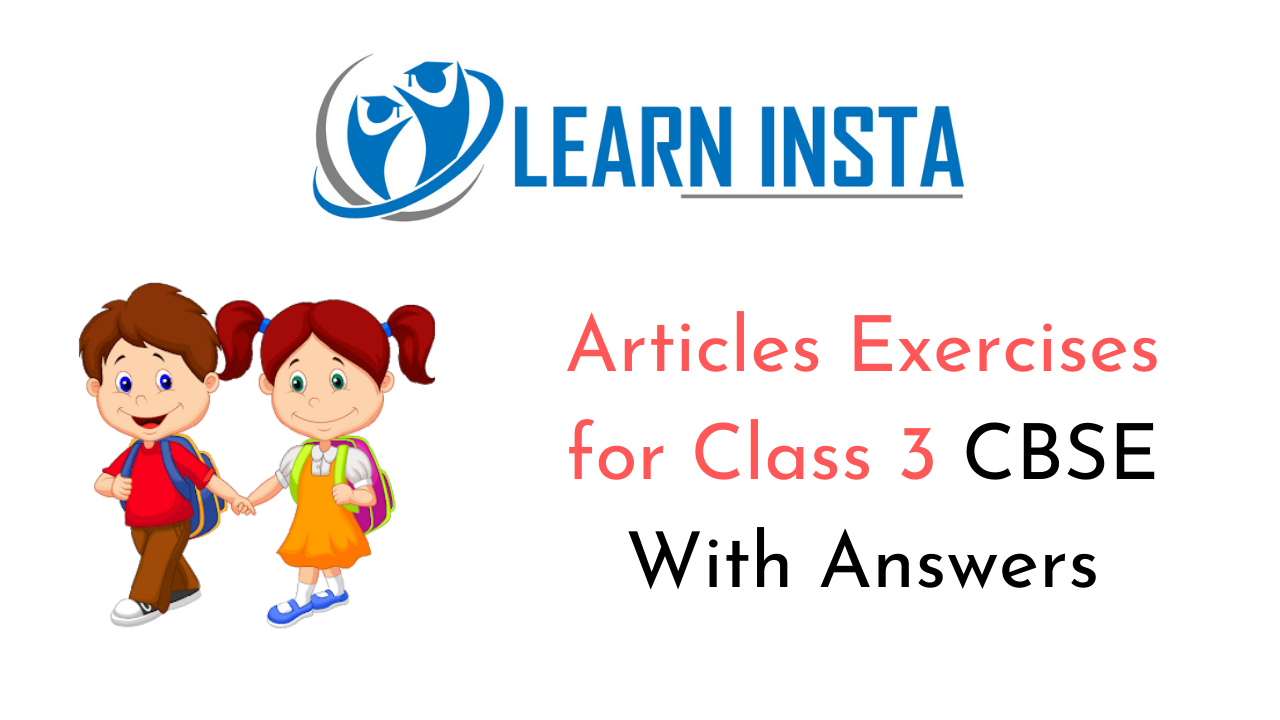 Worksheet Exercise on Articles for Class 3 CBSE with Answers PDF

A. Circle the correct article in each sentence.

1. Dad wears a/an old pair of shoes to work in the yard.
2. I had a/an banana for lunch.
3. My family brought a/an blanket to the football game.
4. Alex had a/an birthday party for my grandfather.
5. She used a/an exit sign to help find her way out of the building.

B. Complete these passages by filling in A, An and The correctly.

C. Write the correct article (a or an) for each noun.

More about Articles Exercises for Class 3 CBSE with Answers

Answer the following questions according to the story.

B. There is a mistake in each of these sentences. Underline the mistake and rewrite the sentence correctly.

C. Fill in the blanks with correct articles.