A. Circle the describing words in each sentence.
1. The brave fireman rescued the cat from the tree.
2. My friends and I are going to watch a scary movie.
3. My friend likes to read funny books about fairies.
4. Our teacher is very intelligent.
5. My purple sock has a hole in it.
6. Does loud music hurt your ears?

B. Circle the describing word and underline the names. 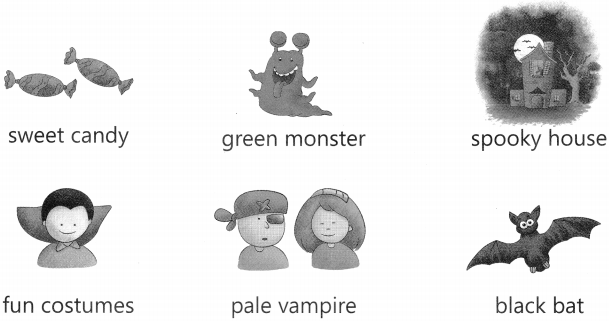 D. Look at the pictures and tick the correct sentences.

E. Complete the following sentences with the help of describing words given in the word bank.

Look at these examples.

For longer words, we use the keyword ‘More’. 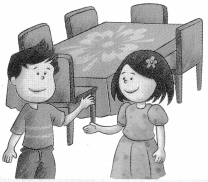 “Do you like this big dinning table?”, asks Han. uYes, this is bigger than the one at our home”, says RitaI

“Do you like the table cloth? asks Han. “Well…I must say it is more beautiful and prettier than the table.” says Rita. 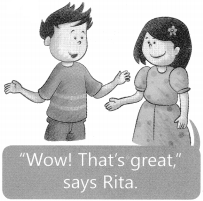 “Shall we buy it? It’s I not expensive. Rather, it is cheaper than the other tables we saw”

B. Write the positive forms of words given below. Word- Comparison Word – Comparison

A. Circle the correct describing word for each picture.

B. Write the correct describing word to show the comparison. Use the keyword ‘than’ to show comparisons.

How Many? Exercises with Answers for Class 2 CBSE PDF

Presentation
Read the picture story.
Nine girls of our class’ are selected for Annual Day function. 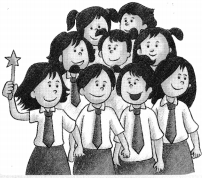 Only a few winning 7 participants will get the prizes. Participation certificates will be given to all the selected girls.

C. Underline the describing number words in the following sentences.

Presentation
Read the picture story.
We need a great ¡de for the food for the party. “My idea is to serve egg sandwiches” says Rohit. “I like his idea because eggs are pretty easy to cook.” says Varun.

“My idea is to serve cheese burgers”, says Nancy. “Does anyone else have a better idea?” asks Rohit. “Bunny told me about an idea he saysancy. 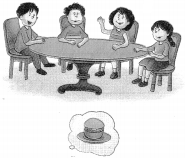 “Wow Can you shari his idea for the part food?” says Rohit. “Well…he wants potluck party where everyone cooks their favourite food and bring t along with them”, says Nancy.

“Hey, don’t forget Manu and Richa. They have an idea for the party too. Their idea is to serve pizzas”. says Varun. 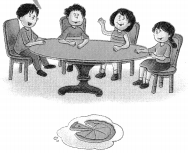 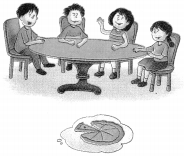 “I think I like Bunny’s idea. His suggestion for potluck party is the est.”_says Rohit.

A. Answer the following questions as per the story.
1. What food does Rohit suggest for the party?
2. Who likes Manu and Richa’s suggestion?
3. Whose suggestion is the best?

B. Write the word used for the following names in the story above.