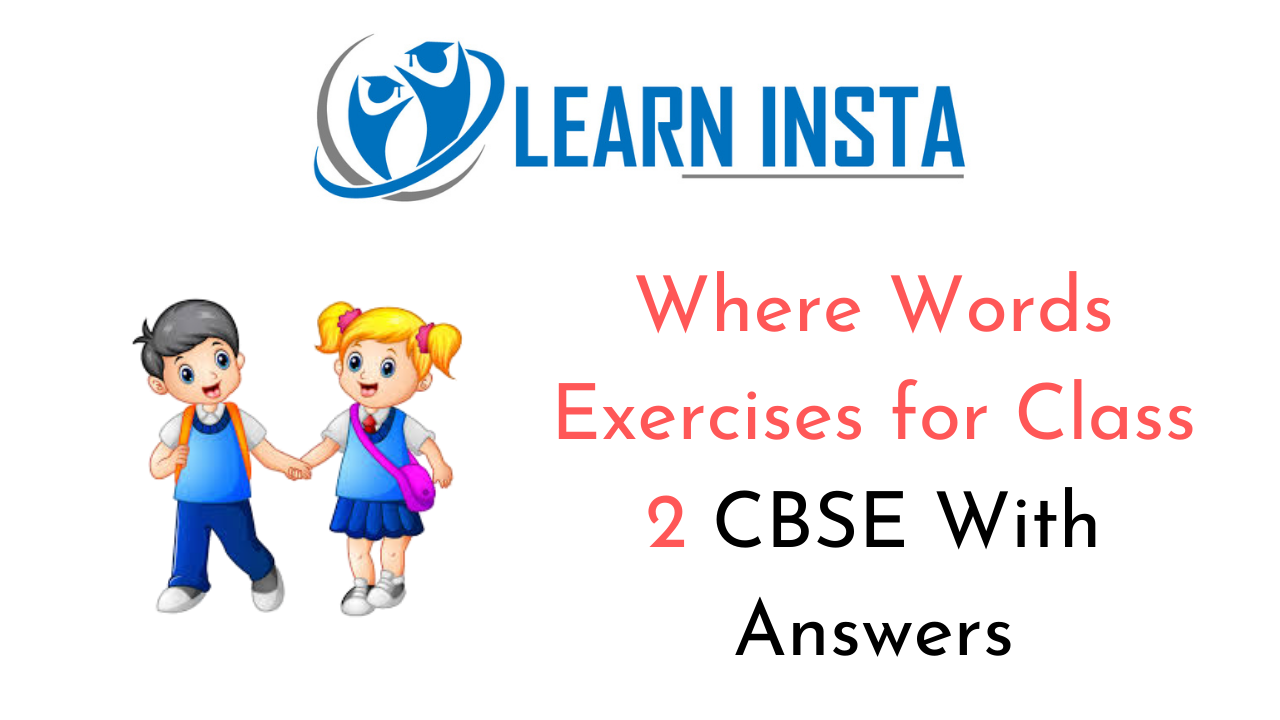 A. Underline the ‘Where Words’ in the following sentences.

B. Use the following where words in sentences of your own. The first one has been done for you.

C. Choose the correct prepositions to complete the sentences given below.

More about Where Words Worksheet Exercises for Class 2 CBSE PDF

Presentation
Read the picture story.
This is the picture of our sea-beach trip. We went for a picnic at the beach. The crab was crawling near the sea. The dolphin, behind the boat was jumping out of the water. On the beach, chairs were besides the table. The little girl was sitting in front of the sand castle. The beach ball was lying between the girls. Across the sea, the boy was in the parachute. The sun was above the sea. 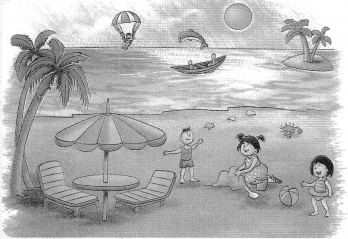 B. Look at the picture story again and state whether the following statements are true or false.

Where Words Exercises with Answers for Class 2 CBSE PDF

A. Look at the picture and state True or False. 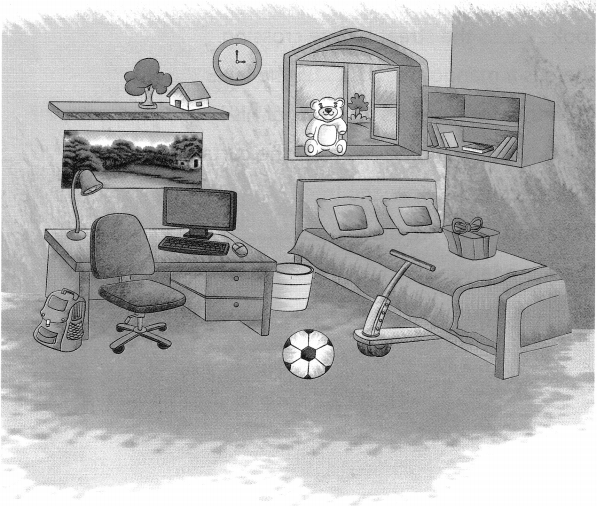 B. Fill in the following blanks with correct prepositions.