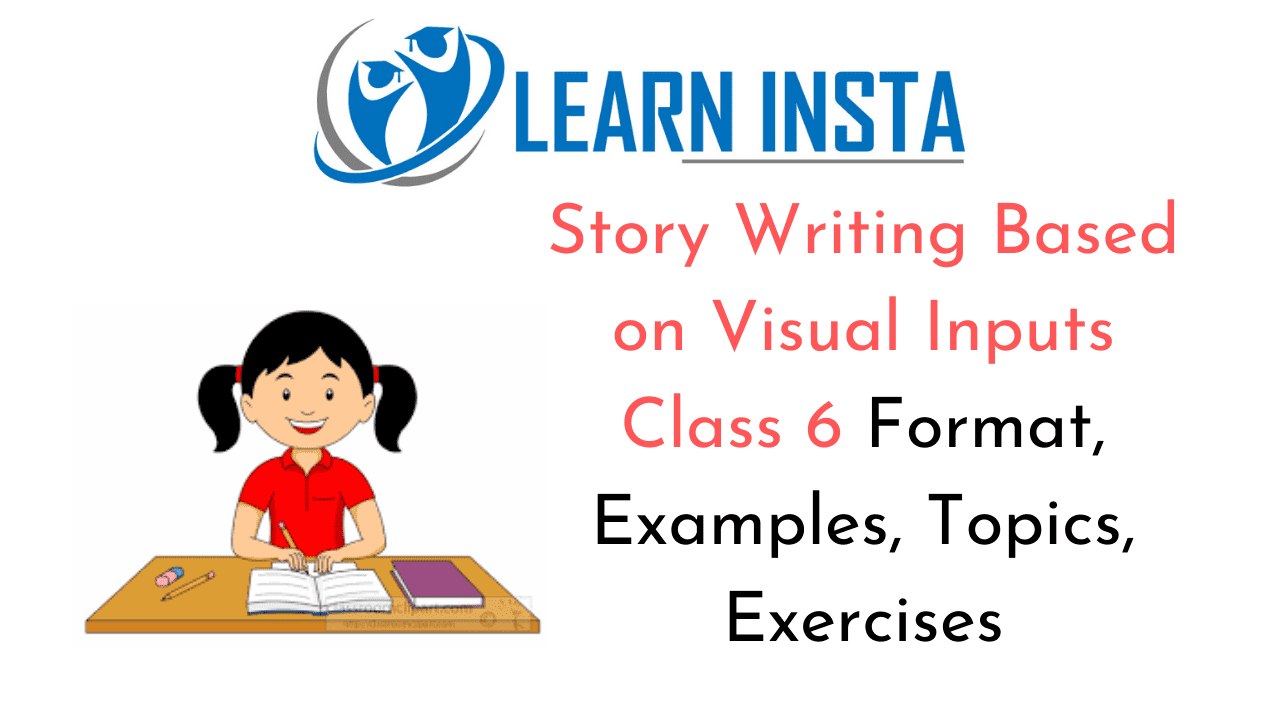 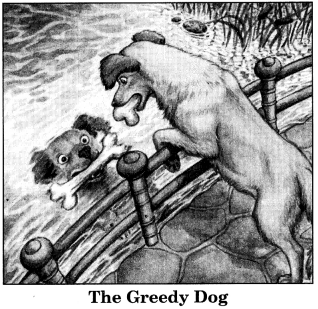 Answer:
Once there lived a dog. He was very hungry. He wandered here and there in search of food. He got a juicy bone from a butcher’s shop. He felt very happy. He took the bone and ran away. He reached on a bridge of a river. He saw his own shadow in the water. He thought that there was another dog with a juicy bone in his mouth. His mouth watered and he wanted to snatch that bone from him. He started barking on him and as he opened his mouth, the bone fell down from his mouth into the river. 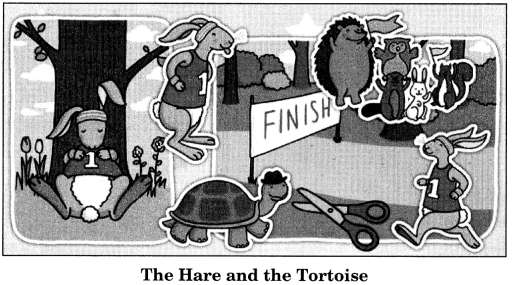 Answer:
Once there lived a hare and a tortoise in a jungle. Both of them were fast friends. The hare was very proud of his swiftness, but the tortoise walked slowly. The hare always taunted the tortoise for its slow pace.

The tortoise angry and felt insulted every time. Once it asked the hare to run a race. The hare accepted the challenge.

The next day the race started from a particular place. They were to reach the bank of the river. The hare took a few leaps and was much ahead of the tortoise he looked back and saw that the tortoise was at a great distance. He decided to take a nap. But he slept for a long time. The tortoise had reached the goal. The hare ran very fast but the tortoise had already reached. The hare realized that slow and steady wins the race. 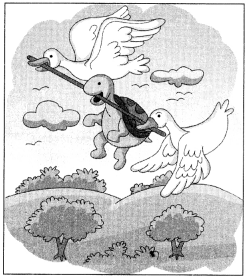