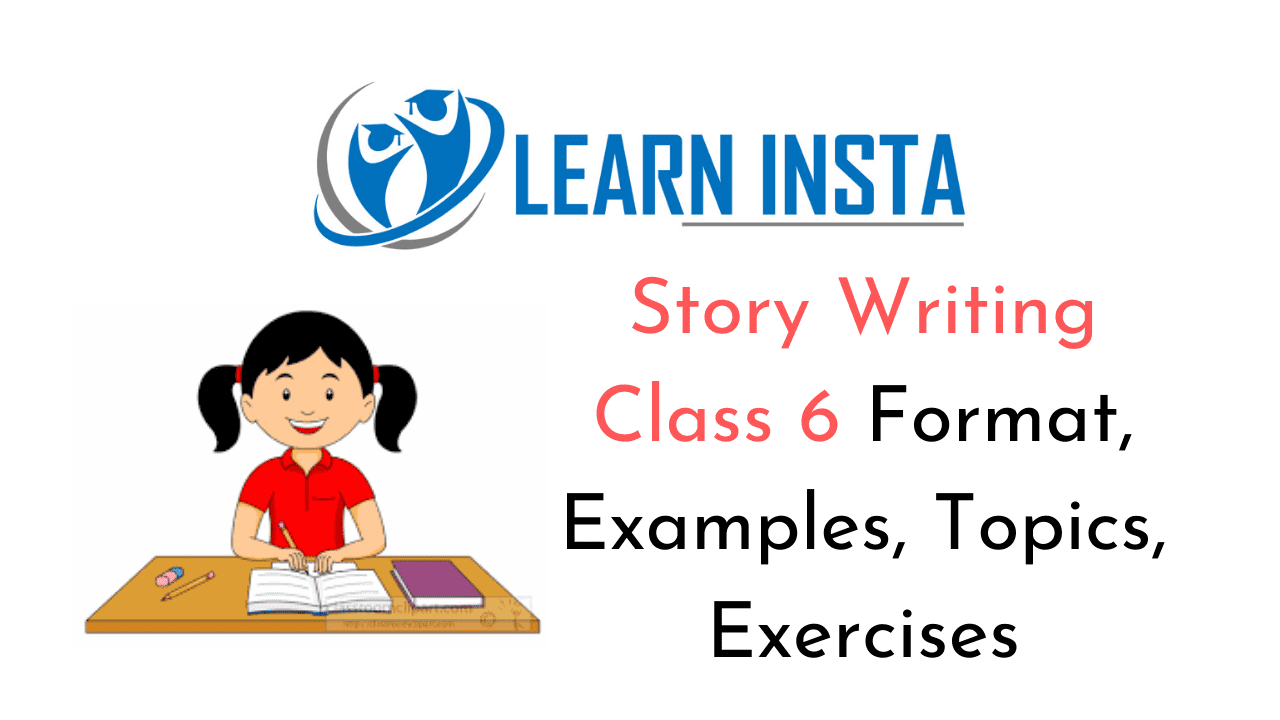 Story writing is an art. It is the oldest form of written composition. It is a work of imagination that is writ ten in easily understandable grammatical structure. A short story is meant to be read in a single sitting and therefore it should be as direct and brief as possible.

The Mountain and the Mouse

Answer:
One day there was a battle of wits between a mountain and a mouse.
The mountain said, “What a poor little thing you are!” The mouse snapped,
“I know I am not as big as you are. But, then, you are not as small as I am.”
“Big size has big advantages,” said the mountain, “I can stop the clouds sailing across the sky.”
“So you can,” agreed the mouse.
“But you can’t stop me from making big holes in your very foundation, can you?”
The tiny mouse outwitted the mighty mountain.

‘The Wolf and the Lamb

Answer:
Once a lamb went to a stream to drink water. As he was drinking water, a wolf also came there for drinking water. He saw the lamb and thought, “The flesh of this little one must be soft and sweet. I should catch him for my food.”.
So he went closer to the lamb and said, “You are making my drinking water dirty.”
The lamb said, “No, it can’t be so, because the water is flowing down to me from your end.”
The wolf said, “Don’t argue with me. Perhaps you are the same rude fellow who abused me last month.”
The lamb said, “I was not even born last month.”
The Wolf said, “In that case, it must be your mother who abused me.” So saying, the wolf jumped upon the poor lamb and killed him.

The Cow And The Tiger

Answer:
Once upon a time, four cows lived in a jungle. They were fast friends. They were always together. They lived in peace. If any wild animal ever attacked them, all the four of them fought the enemy unitedly and drove him away.

A tiger had an eye on these cows. But he did not dare to attack them as long as they were united. The cows fell out one day. Each one went separately her own way. Now the tiger had the opportunity that he was looking for. He killed the cows one by one and ate them up.

Answer:
One day two frogs fell into a churn of milk, They swam round and round and tried to hop out. As there was no solid support under their feet, it was not possible for the frogs to hop out and escape.

After some time, one of the frogs said, “I am completely tired. I can’t swim any longer. I am giving up. “He gave up and went down to the bottom of the churn. He was drowned.

The other frog said, “I will go on swimming. I hope something will happen and save me.”
So he went on swimming. His movements churned the milk and turned it into butter. After some time, the frog climbed up on the pat of butter and hopped out of the churn.

The Farmer and the Magic Goose

Answer:
Once upon a time a farmer had a magic goose. Every day she laid a golden egg. The farmer sold the egg at a good price. In course of time, the farmer became rich. He built a large house. He lived there with wife and children. They had good food to eat. They had fine clothes to wear.

This went on for a long time. Suddenly one night a wicked idea came to his mind. He thought that he could be very rich by taking out all the golden eggs from the goose. The next morning the farmer killed the goose with a big knife. When he tore her body wide open, went mad with misery because the goose was dead and he would not get golden eggs any more.

The Grasshopper and the Ant

Answer:
In summer everything was bright and beautiful. Food was plentiful. A grasshopper ate to its heart’s content and sang merrily. He saw ants collecting and carrying food. He laughed at them. He said to an ant who was his friends, “How greedy you people are! You are working when it is the time for joy. What a pity!” The ant said, “My dear friend, we are storing food for the winter.”

After summer, came winter. The brightness of summer was gone. Food was getting scarce. The grasshopper found it difficult to get food for himself. And at last came the time for him to starve. So one day the grasshooper knocked at the door of his friend, the ant. He requested her to give him something to eat. The ant said, “You spent the summer singing merrily. Now you spend the winter dancing. I won’t give anything to a lazy creature like you.” And she shut her door on his face.

The Eagle and the Crow

Answer:
An eagle had his nest high up on a mountain wall. At the foot of the mountain, there was a tree in which lived a crow.
One day the eagle swooped down from his nest and picked up a lamb from the earth. Then he flew high up and returned to his nest.
The crow saw that the eagle had performed the wonderful feat in one go. He thought, “If the eagle can perform this feat, why can’t I?”
So one day the crow flew as high as he could. Then he swooped down with great force. But instead of land ing upon a lamb, he dashed against the ground. His head and beak cracked. That was the end of him.

The Two Boys and a Nut

Just then a tall boy came there. He said to the boys, “Give me the nut. I’ll settle your quarrel.”

The tall boy took the nut. He cracked the nut and separated its hard shell into two parts. He gave one part of the shell to one boy and said, “This half is yours.”

Then the tall boy popped the fruit-seed into his mouth and said, “The remaining is mine for helping.

1. Cap seller – going to market – felt tired – slept under a tree – a basket – caps for sale – monkeys on the tree – came down – opened the basket – took the caps – wore them – started making noise – Cap seller woke up – no cap in the basket – looked up in wonder – monkeys wearing caps – tried several methods to collect the caps – failed – out of frustration threw his cap – monkeys also threw the caps – Cap seller collected the caps and went away happily.

2. A fox fell into a well – a thirsty goat came to the well – fox invited the goat to have a drink of fresh water – the foolish goat jumped into the well – fox tried to step on the goat’s back and jumped off – promised to draw out goat afterward – the goat agreed – the fox went away – foolish goat stayed there.

3. A hungry box – saw a crow with a piece of meat in its beak. Fox.thought of a plan – praised the crow – the crow listened – felt very happy – fox requested the crow to sing a song – foolish crow very pleased – began to sing – the piece of meat fell down – Fox picked up – ran away.

4. A farmer had a goose – it laid a golden egg every day – greedy farmer – wanted to more golden eggs at once – thought of a plan – killed the goose – opened its stomach – no golden egg – Moral.

5. An Arab has a camel Arab sleeps inside a tent Camel Shivers outside Arab agrees to let the camel put its neck inside then its forelegs camel enters tent and pushes the Arab outside.