Question 1.
Estimate the fraction of molecular volume to the actual volume occupied by oxygen gas at STP. Take the diameter of an oxygen moleculer to be roughly 3 A.
Answer:

Question 2.
Molar volqme is the volume occupied by 1 mol of any (ideal) gas at standard temperature and pressure (STP : 1 atmospheric pressure, 0°C). Show that it is 22.4 litres.
Answer:
For one mole of an ideal gas, we have 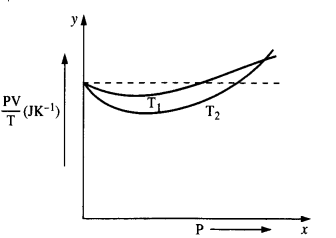 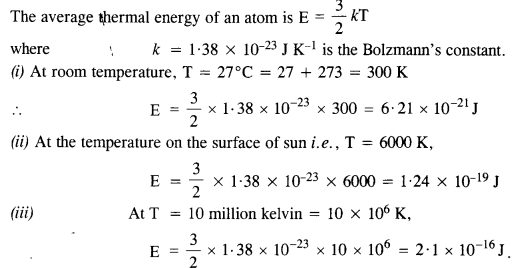 Question 8.
Three vessels of equal capacity have gases at the same temperature and pressure. The first-vessel contains neon (monoatomic), the second contains chlorine (diatomic), and the third contains uranium hexafluoride (polyatomic). Do the vessels contain an equal number of respective molecules? Is the root mean square speed of molecules the same in the three cases? If not, in which case is υrms the largest?
Answer:
Equal volumes of all the gases under similar conditions of pressure and temperature contain an equal number of molecules (according to Avogadro’s hypothesis). Therefore, the number of molecules in each case is the same.
The rms velocity of molecules is given by

Since Neon has minimum atomic mass M, its rms velocity is maximum. 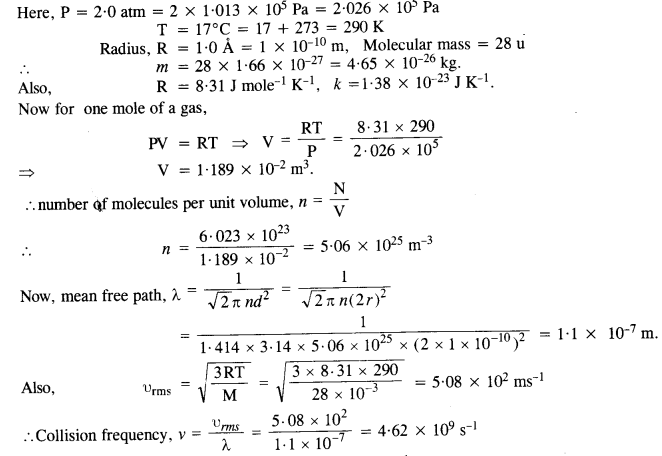 Question 11.
A meter-long narrow bore held horizontally (and closed at one end) contains a 76 cm long mercury thread, which traps a 15 cm column of air. What happens if the tube is held vertically with the open end at the bottom?
Answer: 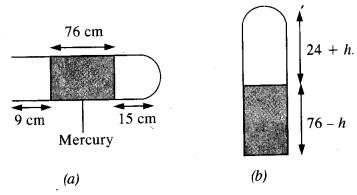 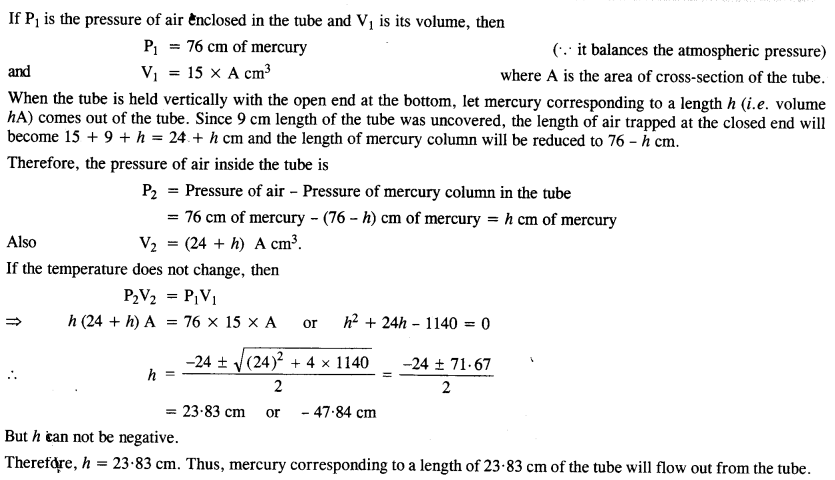 This is the molecular mass of oxygen. Therefore, the other gas is oxygen

Question 13.
A gas in equilibrium has uniform density and pressure throughout its volume. This is strictly true only if there are no external influences. A gas column under gravity, for example, does not have a uniform density (and pressure). As you might expect, its density decreases with height. The precise dependence is given by the so-called law of atmospheres

where n2, n1 refer to number density at heights h2 and hx
respectively. Use this relation to derive the equation for sedimentation equilibrium of a suspension in a liquid column

where ρ is the density of the suspended particle, and ρ’ that of the surrounding medium. [NA is Avogadro’s number, and R the universal gas constant].
Answer: 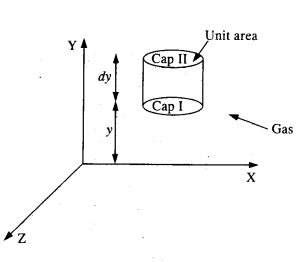 Consider the molecules of a gas uniformly distributed in a given region of space. Let p be die density of the gas and it is in thermodynamical equilibrium.

Consider an imaginary cylinder of this gas having a unit area of cross-section and placed vertically. Let Y direction be the vertical direction so that the lower cap I of the cylinder is parallel to XZ plane at a height y + dy above the XZ plane as shown in Fig. Let P and P + dP be the pressures at the caps I and cap II respectively Question 14.
Given below are densities of some solids and liquids. Give rough estimates of the size of their atoms : 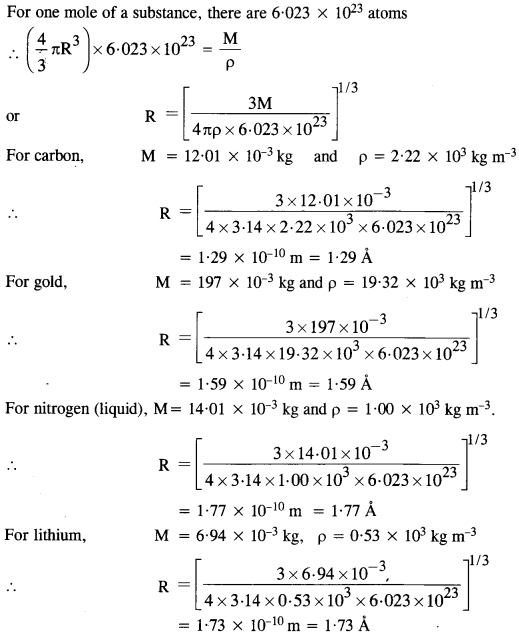