Question 1.
The Lion and the Camel

Answer:
In a dense jungle, a lion lived with its three assistants — a jackal, a crow and a leopard. Due to their proximity to the King of the jungle, the assistants never had to look for food. One day, they were surprised to see a camel, which usually lived in the desert, wandering in the forest. On inquiry, they learnt that the camel lost its way. The lion gave it shelter and protected it.

One day, the mighty lion was injured in a battle with the elephants. Unable to hunt, the lion and the assistants were left hungry. The three assistants suggested that they should eat the camel, but the lion refused to kill it. The assistants hatched a plan to make the camel offer itself as food to its protector. The crow, the leopard and the jackal each offered itself as food to the lion, which it refused. Seeing this, the camel also did the same and was instantly killed by the lion. 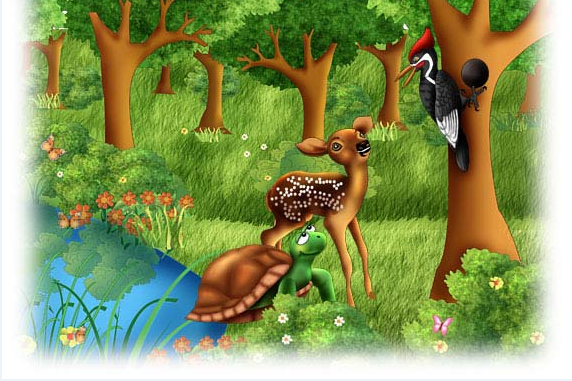 Answer:
Deep in the forest, there were three friends, a deer, a tortoise and a woodpecker. They were always seen together. They spent most of their time chatting or playing by the lake side.

One day, a hunter came to the forest and laid the trap behind the bush near the lake. The deer happened to be returning from the lake. He stepped on that trap and was caught in it. He cried out with pain. The deer called his friends and cried. “I have been trapped. Please, come and help me!” Also, read The Two Friends.

Hearing his cries for help, the woodpecker and the tortoise rushed to help his dear friend. They were horrified to see the trap. Soon, they thought of a plan. The tortoise went and called the mouse that lived in a nearby hole. The mouse and the tortoise started cutting the trap.

By then, the mouse and the tortoise had cut and opened the trap and the deer was free. They hugged each other and promised to help each other in their bad times. The three friends were united again and lived happily in the forest. You may also like to read. Four Friends story.

Question 1.
The Cobra and the Crows 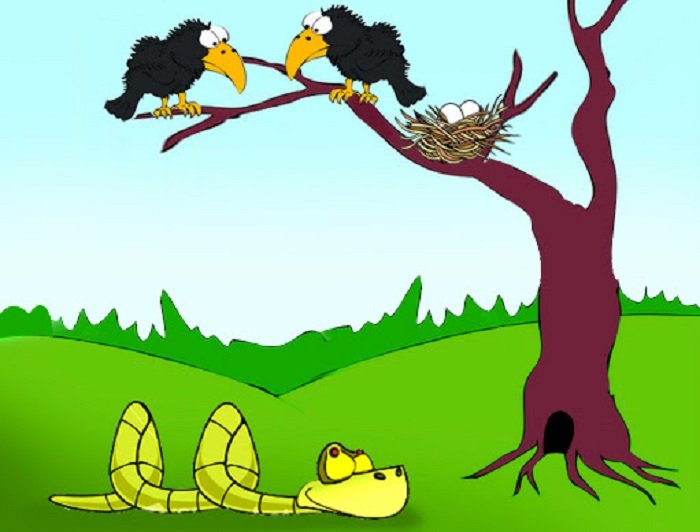