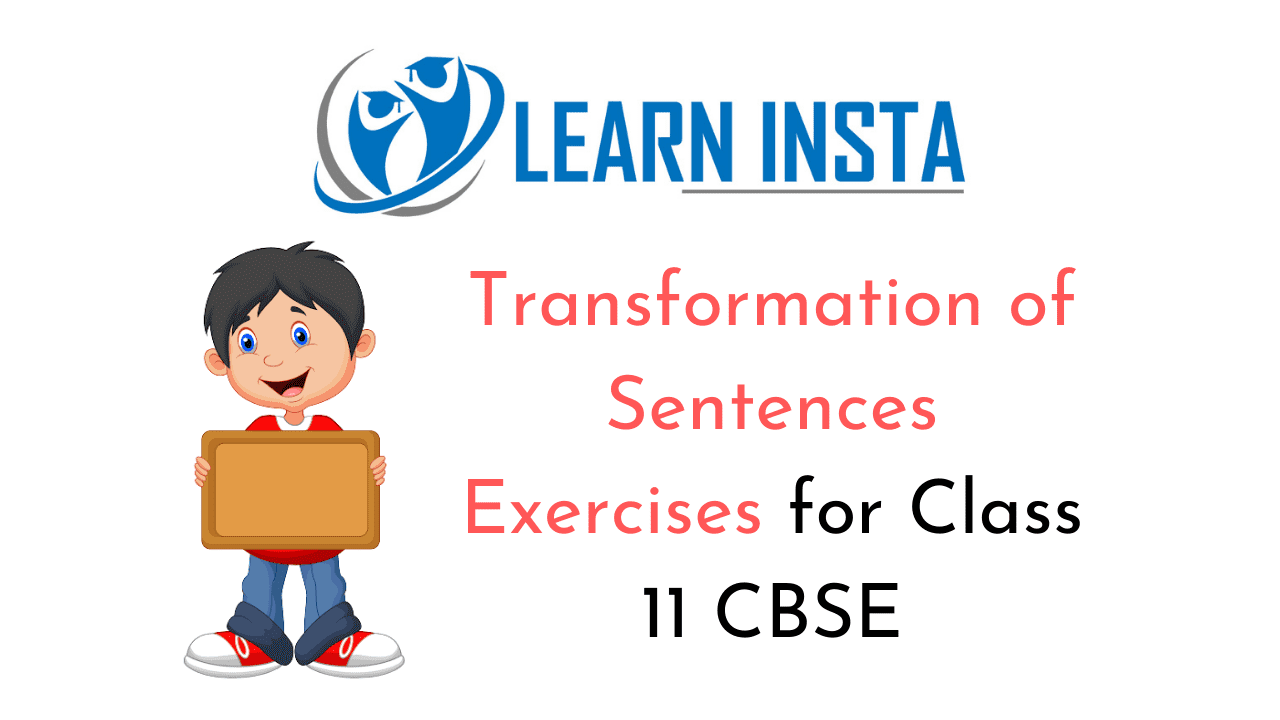 This grammar section explains English Grammar in a clear and simple way. There are example sentences to show how the language is used. Students can also read NCERT Solutions for Class 11 English to get good marks in CBSE Board Exams.

Question 1.
Read the following conversation between a mother and daughter while watching a cricket match.
Report it by completing the passage below.

Question 2.
Write the following in the active voice.
(i) A terrible mistake has been made by a teenager.
(ii) The fire alarm has been sounded by him.
(iii) The roads are now jammed with fire engines.
(iv) Water is being sprayed by them with great force.
(v) The teenager is being asked by the family to apologise for his prank.
(vi) The teenager can be seen running away.

Answer:
(i) A teenager has made a terrible mistake.
(ii) He has sounded the fire alarm.
(iii) Fire engines have now jammed the roads.
(iv) They are spraying water with great force.
(v) The family is asking the teenager to apologise for his prank.
(vi) People can see the teenager running away.

Question 3.
Rewrite these questions in indirect speech.
(i) Ramesh asked Rohan, “Who, do you think, will become the next prime minister of India?”
(ii) The policeman asked the driver, “Why were you speeding so recklessly?”
(iii) “What do you mean by these words?” asked the teacher angrily.
(iv) “Where did you buy these books?” Arun asked Abhishek.

Answer:
(i) Ramesh asked Rohan who he thought would become the next Prime Minister of India.
(ii) The policeman asked the driver why he was speeding so recklessly.
(iii) The teacher asked angrily what he meant by those words.
(iv) Arun asked Abhishek where he had bought those books.

Question 4.
Rewrite these sentences as directed.
(i) She was so tired that she could not keep her eyes open, (use ‘too’)
(ii) He is so tall that he does not need a ladder to change the light bulb. (Rewrite using ‘enough’)
(iii) The owner of the house has gone abroad. (Rewrite as a complex sentence)
(iv) The soldiers who were victorious were honoured by the president. (Rewrite as a simple sentence)
(v) Though he was powerful, he was lonely. (Rewrite as a compound sentence)

Answer:
(i) She was too tried to keep her eyes open.
(ii) He is tall enough not to need a ladder to change a light bulb.
(iii) The man who owns the house has gone abroad.
(iv) The victorious soldiers were honoured by the President.
(v) He was powerful but (he was) lonely.

Question 5.
Given below is a set of rules from the School Rule Book. Purnima Seshadri, Head Girl of Vidya Bhawan, Jodhpur, writes a set of instructions for the school noticeboard using these. Write the instructions for Purnima in the passive voice in your answer sheet against the correct blank numbers.

Question 6.
Rewrite the following sentences according to the instructions given for each.
(i) The teacher insists that the students write neatly.
Rewrite using ‘writing’.
(ii) Don’t take bath in the pool as it needs to be cleaned.
Rewrite using ‘bathe’.
(iii) The riverbed is slimy; don’t step in.
Rewrite using ‘slime’.

Answer:
(i) The teacher insists on the students writing neatly.
(ii) Don’t bathe in the pool as it needs to be cleaned.
(iii) The riverbed is covered with slime, don’t step in.

Answer:
(a) He might not be a graduate.
(b) He might get a good job if he applies in time.
(c) I may not be able to come to your party.
(d) Could you speak loudly, please?
(e) We may have to write the test tomorrow.

Question 8.
Make questions to which the following statements are full answers.
(i) No, we don’t have to submit our homework tomorrow.
(ii) No, we’ve never had to borrow money. (Use ‘ever’)
(iii) Yes, the old man is suffering from an infectious disease.
(iv) She’s had to wear her old shoes for five years.
(v) The doctor visits this hospital every month.

Answer:
(a) Do you have to submit your homework tomorrow.
(b) Did you ever have to borrow money?
(c) Is the old man suffering from an infectious disease.
(d) How long has she had to wear her old shoes?
(e) How often does the doctor visit this hospital?