Nomenclature of Aldehydes and Ketones

We have already learnt the IUPAC system of nomenclature of organic compounds in XIth standard. Let us apply the rules to name the following compounds. 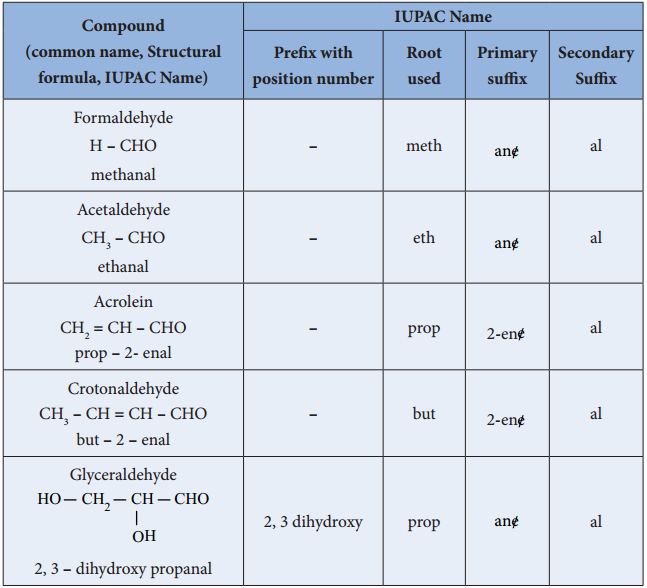 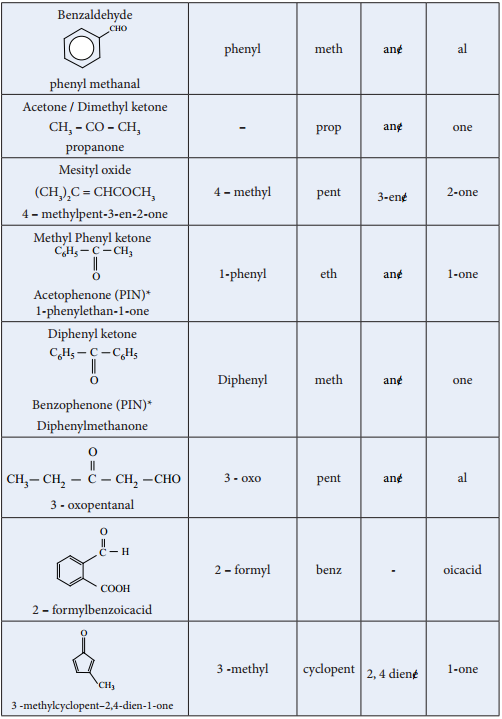 They are named by finding the carbonyl group and identifying it with a location number, if necessary, then adding the suffix “- one.” The common name for ketones is determined by naming the alkyl groups attached to the carbonyl (in alphabetical order), then adding ‘ketone’.

The parent chain is numbered from the end that gives the carbonyl carbon the smaller number. The suffix -e of the parent alkane is changed to -one to show that the compound is a ketone.

Characteristics of Aldehydes and Ketones

Aldehydes and ketones are the class of organic compounds that have a carbonyl group i.e. carbon-oxygen double bond (-C=O). As they do not have any other reactive groups like -OH or -Cl attached to the carbon atom in the carbonyl group they are very simple compounds.

Nomenclature of Aldehydes and Ketones. Aldehydes and ketones are organic compounds which incorporate a carbonyl functional group, C=O. The carbon atom of this group has two remaining bonds that may be occupied by hydrogen or alkyl or aryl substituents.

You will remember that the difference between an aldehyde and a ketone is the presence of a hydrogen atom attached to the carbon-oxygen double bond in the aldehyde. Ketones don’t have that hydrogen. Aldehydes are easily oxidized by all sorts of different oxidizing agents: ketones are not.