Much of energy released during oxidation reduction reaction is trapped within the cell by the formation of ATP. A phosphate group is added ADP with the input of energy to form ATP. The addition of a phosphate to a chemical compound is called phosphorylation. Organism uses three different mechanisms of phosphorylation to generate ATP from ADP.

It is a metabolic reaction that results in the formation of ATP or GTP by the direct transfer of a phosphoryl group to ADP or GDP from another phosphorylated compound. 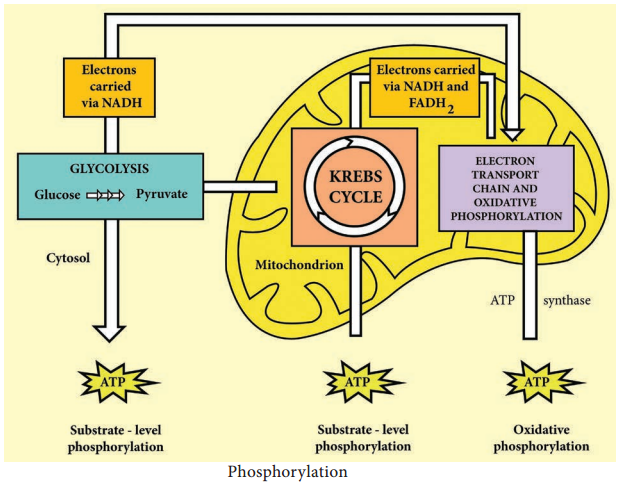