You can refer to NCERT Solutions for Class 9 Science Chapter 2 Is Matter Around Us Pure to revise the concepts in the syllabus effectively and improve your chances of securing high marks in your board exams.

Is Matter Around Us Class 9 MCQs Questions with Answers

Question 4.
Tincture of iodine has antiseptic properties. This solution is made by dissolving
(a) iodine in potassium iodide
(b) iodine in vaseline
(c) iodine in water
(d) iodine in alcohol

Question 14.
Which of the following methods would you use to separate cream from milk?
(a) Fractional distillation
(b) Distillation
(c) Centrifugation
(d) Filtration

Classify the substances given in figure into elements and compounds. 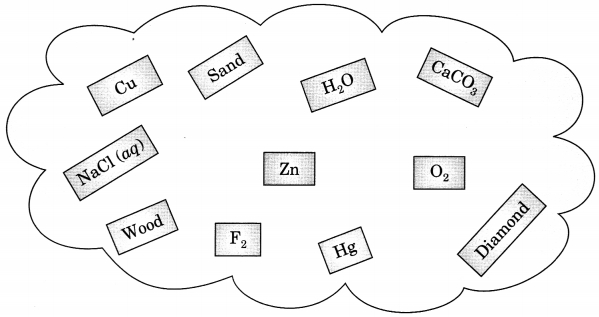 Complete the crossword given below: 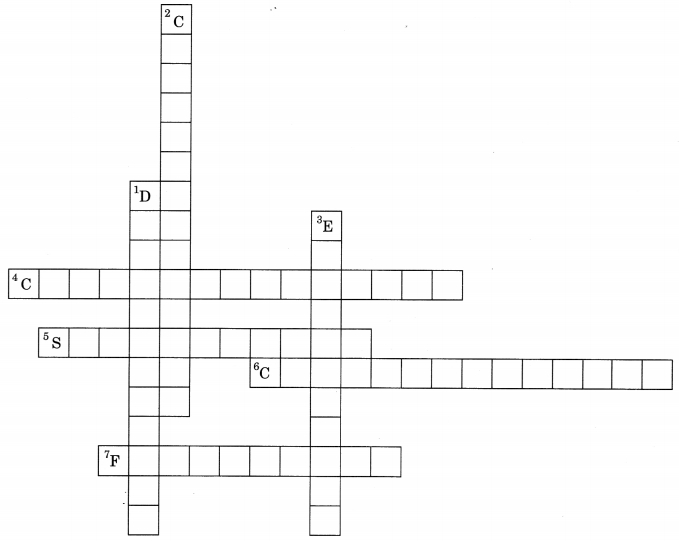 Fill in the blanks:

2. Ice, water and water vapour look different and display different …………. properties but they are ………… the same.

4. A mixture of two or more miscible liquids, for which the difference in the boiling points is less than 25 K can be separated by the process called ………….

5. When light is passed through water containing a few drops of milk, it shows a bluish tinge. This is due to the …………… of light by milk and the phenomenon is called ………….. This indicates that milk is a …………… solution.