Immunology is the study of the immune system and is a very important branch of the medical and biological sciences. The immune system protects us from infection through various lines of defence.

Important initial barriers to infection are physical (Example: the skin), enhanced by substances secreted by the body, such as saliva and tears, that contain molecules that can neutralise bacteria. The internal mucosal tissues (Example: lungs & airways, and the gut) are coated with mucus that is able to trap potential infectants.

In the airways, mobile ciliate hairs work together to transport contaminants away from vulnerable areas. Tissues such as the skin, mucosal surfaces and airways also contain populations of immune cells that can respond to infectants that breach these physical defences.

In its most complex forms, the immune system consists of two branches: the innate immune system that utilises certain ‘hard-wired’ strategies to provide a rapid, general, response when alerted by certain typical signals of infection (essentially forming a first-line of defence); and the adaptive immune system that is able to develop highly specific responses (and a persistent ‘immune memory’) to target infection with extraordinary accuracy.

Both systems work in close cooperation and, to an important extent, the adaptive immune system relies upon the innate immune system to alert it to potential targets, and shape its response to them.

Vaccines currently in development include:-

Evolving science has increasingly enabled researchers to explore both promising therapeutic vaccines and new preventative agents for infectious diseases. Although the development process is extremely complex, advances in other scientific fields, such as genomics, are being leveraged in the development of new vaccines.

“Vaccines have been a major contributor in saving countless lives around the world,” said Castellani. “Vaccinations contribute to the public health at large, and they make good economic sense. The many exciting candidates in the pipeline offer great hope for a healthier, more productive future.”

The traditional monoclonal antibody (mAb) production process usually starts with generation of mAb-producing cells (i.e. hybridomas) by fusing myeloma cells with desired antibody-producing splenocytes (Example: B cells). These B cells are typically sourced from animals, usually mice. After cell fusion, large numbers of clones are screened and selected on the basis of antigen specificity and immunoglobulin class (Figure 1.1). Both types are generally characterized by their potency, or potential to differentiate into different cell types such as skin, muscle, bone, etc., (Figure 1.2).

Stem-cell therapy is the use of stem cells to treat or prevent a disease or condition. Stem Cell Therapy (SCT) is the treatment of various disorders, non-serious to life threatening, by using stem cells. These stem cells can be procured from a lot of different sources and used to potentially treat more than 80 disorders, including neuromuscular and degenerative disorders. 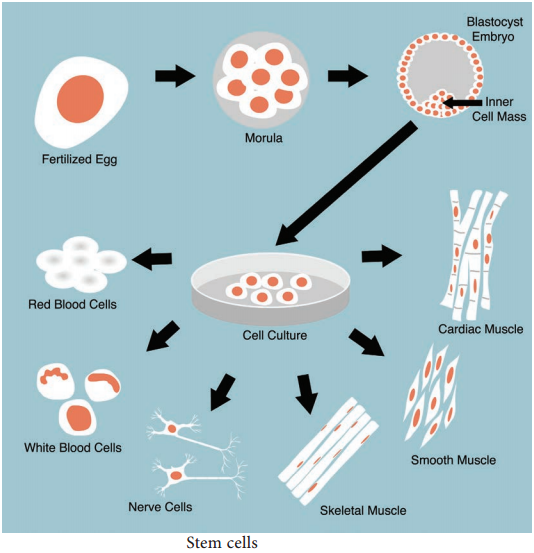