You can also practice NCERT Solutions for Class 6 History Chapter 2 Questions and Answers on LearnInsta.com.

Question 1.
Where was Tushar going and for which purpose?
Answer:
Tushar was going from Delhi to Chennai for his cousin’s wedding.

Question 2.
When did the early people live in subcontinent?
Answer:
As early as 2 million years ago.

Question 3.
How did the early people get their food?
Answer:
They hunted animals, caught fishes and birds and gathered fruits, roots, nuts, seeds, leaves, stalks and eggs.

Question 4.
What were the main things by which tools were made up by the early people?
Answer:

Question 5.
What do you understand by “Factory Site”?
Answer:
Places where stone was found and people made tools are called “Factory Site”.

Question 9.
Where did the early people live?
Answer:
They lived in caves and rock shelters.

Question 10.
Give the name of places where natural caves and rock shelters were found?
Answer:
In the Vindhyas and the Deccan Plateau near to the Narmada Valley.

Question 11.
Why did people chose to live in caves and shelters?
Answer:
Because these provided shelter from the rain, heat and wind.

Question 12.
Where has ash of fire been found?
Answer:
In Kumool caves.

Question 13.
What were the uses of fire?
Answer:
Fire was used to cook meat and scare away wild animals.

Question 14.
When did major changes occur in environment?
Answer:
Around 12,000 years ago.

Question 15.
What do you understand about “Mesolithic”?
Answer:
Mesolithic is middle stone. The time span of this period is about 12,000 years ago to about 10,000 years ago.

Question 16.
What do you understand about “Microliths”?
Answer:
During this period, stone tools found are generally tiny (small) and probably saws and sickles were used and their handles were made up of bone or wood.

Question 17.
Did the early people know the painting?
Answer:
Yes, they knew.

Question 1.
Mention the techniques that were used to make stone tools.
Answer:
It is found that the early people used tools which were made by following ways:
Stone on Stone technique: In this technique, one stone was made with the use of another stone. The stone which was to be developed as a tool was taken in the hand and another stone was used as a hammer. The stone used as a hammer was used to strike off flakes from the first stone. This process was repeated till the required shape was obtained.

Pressure flaking: In this technique, the stone or bone was put on a hard surface and hammer stone was used for flaking off stone or bone. By the removal of flakes, stone or bone became a tool.

Question 4.
What was result of changes in environment?
Answer:
The shifting of warm conditions led to development of grasslands. This in turn led to increase in wild animals who survived on grass. People started thinking about herding and rearing these animals. Fishing also started. Grain bearing grasses like wheat, barley and rice grew naturally in different parts of subcontinent.

Question 1.
What were the difficulties faced by hunter-gatherers?
Answer:
There were several animals that ran faster than man and many were stronger and thus, the early people needed to be alert, quick and have lots of presence of mind. Many plants and its products like fruits, nuts, roots were also dangerous. In the early period, they did not have sharp tools. The hunting tools were made up of stone and bones.

Question 2.
Write short note on:
(a) Factory Sites
(b) Habitation-cum factory site
(c) Habitation Sites
Answer:
(a) & (b) In the Stone age, the people were very much dependent on stone. They used stone for their tools. This way, the most important thing was stone for the people. They moved to the places where good quality and large quantity of stone was found. They used such places as factory and they made tools at such places, as per requirement.

Chips of waste stone were left behind at these sites. Such sites are called Factory Sites. Further, sometimes people lived here for a long time and used these sites or places as a habitation too and hence, it is called “Habitation-cum factory site”.

(c) Habitation Sites are those where people lived.

Look the picture and answer the following questions: 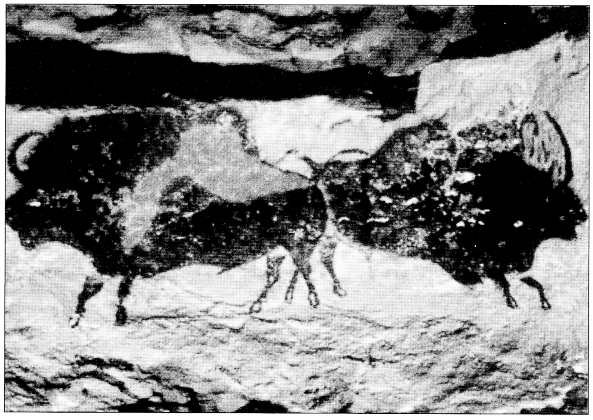