You can also practice NCERT Solutions for Class 6 History Chapter 3 Questions and Answers on LearnInsta.com.

Question 1.
What did Neinuo like to eat?
Answer:
She liked to eat boiled rice, squash, pumpkins, beans and meat.

Question 2.
Who has grown edibles in the garden plot?
Answer:
Her grandmother had grown vegetables.

Question 3.
Where did Neinuo go on school trip?
Answer:
She went to Madhya Pradesh.

Question 7.
Where can sheep and goat survive easily?
Answer:
These can survive in dry and hilly environments.

Question 10.
What was the name of the first tamed animal?
Answer:
This was a wild ancestor dog.

Question 11.
Give the name of animals who come near to the people.
Answer:
Goat, sheep and pig also.

Question 12.
When did domestication start?
Answer:
About 12,000 years ago.

Question 13.
In the development of the civilization, how domestication play an important role?
Answer:
Most of the plants and animals we use today as food are the result of domestication.

Question 18.
How did they use animals?
Answer:
Animals were used for multipurpose. They drank animal’s milk, ate meat and skin was used for covering the body as clothing.

Question 19.
What do you understand by ‘Dug Pits’?
Answer:
‘Dug Pits’ were used as a shelter by the people. Dug Pits were made after digging the ground.

Question 20.
Apart from food, what are the other things that could have been obtained from animals?
Answer:
Animals also provided milk, skin for wearing, hard bones for the tamed dog apart from the meat.

Question 23.
Where did we find remains of buffalo and ox?
Answer:
These were found in Chirand (presently in Bihar).

Question 24.
What was found in Mehrgarh?
Answer:
In Mehrgarh, we found wheat, barley, sheep, goat and cattle.

Question 25.
Where is ‘Koldihwa’ situated in present time and remains of which items were found there?
Answer:
Koldihwa is prently situated in Uttar Pradesh. In Koldihwa, rice and fragmentary animal bones found.

Question 26.
Where is Mehrgarh situated in present time?
Answer:
‘Mehrgarh’ is presently situated in Pakistan.

Question 27.
Which type of houses were found in Burzahom?
Answer:
In Burzahom, Pit houses with steps were found.

Question 28.
What did the existence of cooking hearths refer to?
Answer:
It referred that the people used cooked food and they were aware about fire.

Question 30.
What did people do when anyone died?
Answer:
The people buried the dead person alongwith sheep and goat.

Question 31.
Where was Daojali Hading situated?
Answer:
This site was situated on the hills near the Brahmaputra valley close to routes leading into China and Myanmar.

Question 2.
What is the use of animals today?
Answer:
There are many uses of animals today. Animals are the main source of food. Milk of many animals/cattle is used. Animals also provide us leather which has now become an industrial raw material.

Various items are made up from the skin of animals which are also used as leather items such as shoes, bags, ladies purses, watches strips, belts and many more are industrial products which we are using in daily life. Apart from this, animal’s bones and its parts are used for medical purpose.

Question 3.
Which evidences are found in the subcontinent which indicated existence of farmers and herders?
Answer:
Scientists have evidence of plants and animals’ bones. Scientists identified these grains and bones of animals which clearly indicated that people grew crops and reared group of animals.

Question 1.
Illustrate about earlier and later levels of earth, How is this study useful for archaeologists?
Answer:
As we know that over the years, the surface of the earth is rising, because people discard waste material, and generally stay and rebuild houses in the same place. After hundred of years, this will lead to the formation of a mound. 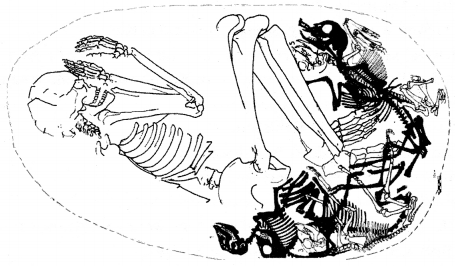 When digging of earth was started, evidences were found in different levels of the earth which are helpful in the matter of what things were there at one time, which items people used before and which the people used later. The first used items will also be developed later. Such a way, chain of human development is developed by the archaeologists.

Question 2.
Make a list of activities performed by Tribesmen, WA, children and both by men and women.
Answer:
On some grounds, archaeologists believed that work was done by tribesmen, women, children or women and men together. Tribes follow occupations such as hunting, gathering, farming, herding and fishing etc. Their works have been described as follows by the archaeologists: 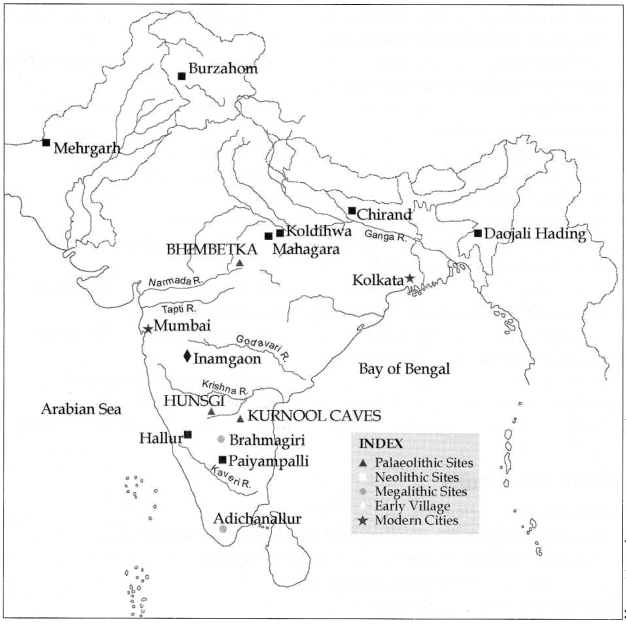 Look at the picture given below. Please state its use in earlier times and in present. 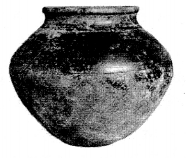 Answer:
In the picture, a baked jar has been shown. This was prepared skillfully by mud and baked. It was earlier used to store the grains and seeds. People also used it for cooking the food.

Thus, we can see that this jar is almost having same nature of use in both the period. Only difference is that in the modern time, new objects are being used even in the villages.