Students who are going to appear for CBSE Class 9 Examinations are advised to practice the CBSE sample papers given here which is designed as per the latest Syllabus and marking scheme as prescribed by the CBSE is given here. Paper 7 of Solved CBSE Sample Paper for Class 9 Science is given below with free PDF download solutions.

Question 2.
What is plasma membrane made up of?

Question 3.
What would happen to the cell if there is no Golgi apparatus?

Question 4.
During free fall what is the weight of the body? Give reasons for the answer.

Question 6.
Two block pieces of same mass and same size are dipped in water and oil. One block floats in water and the other sinks in oil. Explain why? When you mix oil and water, explain what .will be the top layer of the mixture.

Question 7.
Write the electronic configuration and valency of the following:

Question 8.
Why is ice at 273 K more effective in cooling than water at the same temperature?
OR
How would you confirm that a colourless liquid given to you is pure water? Give three tests.

Question 9.
Give the function of the following: nuclear membrane, mitochondria, ribosomes.

Question 10.
Classify the following animals into their phyla giving, one reason:

Question 14.
A radio station is transmitting its signals at a frequency cf 400 MHz. If the velocity of radio wave is 3 × 108 m/s, calculate the wavelength of radio waves.

Question 15.
Define power. Write is its S.I. unit. An electric bulb is rated 15 watts. What does it mean? What is the energy consumed in joules if it is used for 10 minutes?

Question 16.
The velocity time graph of a body is given as follows: 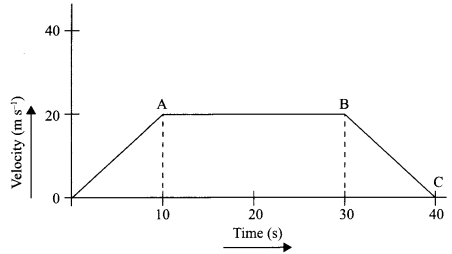 (i) State the kind of motion represented by OA; AB.
(ii) What is the velocity of the body after 10 s and after 40 s?
(iii) Calculate the retardation of the body.
(iv) Calculate the distance covered by the body between 10th and 30th second.

Question 18.
How can crop variety improvement methods come to the rescue of farmers facing repeated crop failures? Describe three factors for which they could do crop improvement.
Which is the most common method of obtaining improved variety of crops? Explain briefly.

Question 19.
Explain ‘potential energy’ in your own words and give an example of it. State the S.I. unit of potential energy. Write the expression for the potential energy of an object of mass ‘m’ that has been raised to a height ‘h’ from the ground.
A body of mass 20 kg is lifted up by 10 meters. Calculate its potential energy. If this body is allowed to fall freely, find its kinetic energy just before it touches the ground. (Take g= 10 m/s2)

Question 20.
(a) Distinguish between true solution, suspension and colloids in a tabular form under the following headings:
(i) Stability
(ii) Filterability
(iii) Type of mixture
(b) What is meant by concentration of a solution? How will you prepare a 10% solution of glucose in water?

Question 22.
Four measuring cylinders with different least counts are shown in figures A, B, C and D. Name the most suitable cylinder for determining the volume of a cube of side 1 cm and why?

Question 23.
A teacher soaked 10 raisins in 35 mL of distilled water in a beaker labelled A and perform a similar activity and label the other beaker B. She maintained the temperature of beaker A at 20°C and B at 40°C. After an hour which one has higher percentage of water absorbed by raisins, beaker A or by those in beaker B?

Question 24.
Three students A, B and C determined the volume of a solid by immersing it in water in the overflow cans set-up as shown.

In which of these cases the result obtained will be correct/incorrect and why?

Question 25.
How does a cockroach adapt itself to wide range of habitats?

Question 26.
What are the different adulterants commonly used in foods?

Question 27.
Two bottles of equal volume are filled with glycerin and water respectively. Which of the bottle will be heavier? Give reason for your answer.

Answer 1.
The solution in which no more solute can be dissolved at given temperature.

Answer 3.
Golgi apparatus has the function of storage, modification and packaging of the products in vesicles. If there were no Golgi bodies, packaging and dispatching of materials synthesised by the cell will be stocked and it remained unclear where the proteins or synthesised materials will go.

Answer 4.
No weight, as the body is experiencing the force due to gravity.

Answer 6.
The density of water is more than oil. Hence the buoyant force exerted by water on the object is more than by oil. Therefore among two identical pieces, one piece will float in water and the other sinks in oil.
Oil will float on water as its density is less than water. Therefore, oil will form the topmost layer. 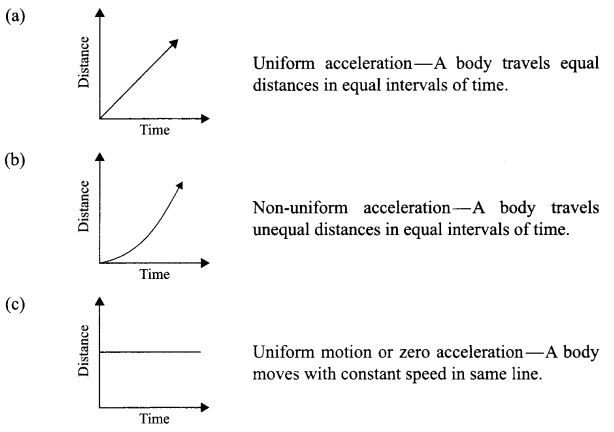 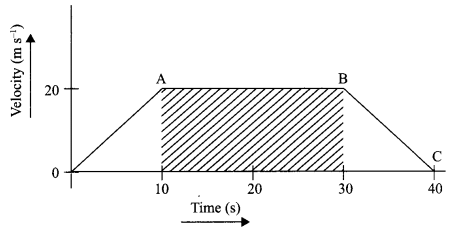 Answer 18.
Crop variety improvement methods came to the rescue of the farmers, facing repeated crop failures in the following ways:

Three factors for which farmers can do crop variety improvement are:

Most common method is Hybridisation, which involves crossing between two varieties having genes for the desired characteristics and bringing them together into a new variety called the hybrid.

Answer 21.
1. Similarity: Liquid state is changed into of a substance its gaseous state.

3. When ice cold water or crushed ice is taken in a tumbler, water droplets soon appears on the outer surface of the tumbler./Anhydrous calcium chloride turns wet on keeping exposed to air. (Any one)

Answer 22.
Cylinder A with the minimum least count will be used to find the volume of a cube with very small dimensions.

Answer 24.
In all the three cases the result obtained will be incorrect. This is because the water in the overflow can should be filled upto the outlet brim.

Answer 25.
Cockroach has a hard exoskeleton that serves many functions, including protection from water loss and physical injury and internally aids in muscle attachment, which results in tremendous leverage and strength. It also undergoes hibernation during unfavourable conditions.

Answer 26.
The commonly used adulterants in food are:

Answer 27.
The bottle with glycerine would be heavier because its mass is greater than water. The density of a substance is directly proportional to the mass of the body. The density of glycerine is 1.26 g/cc and that of water is 1 g/cc.