Question 1.
List some phrases and words that come to your mind, when you look at the picture given below. 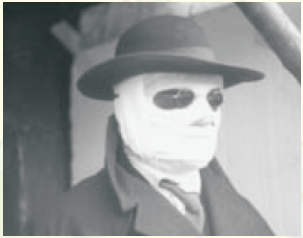 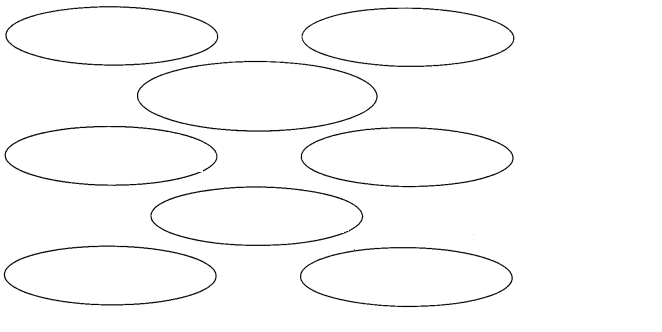 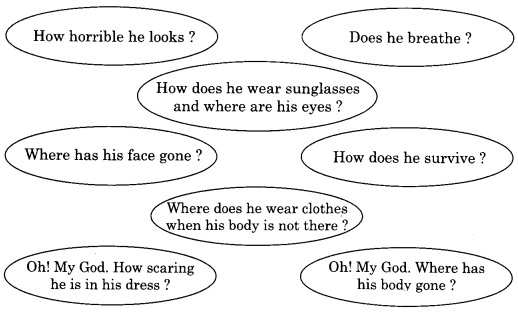 Question 3.
Study the words given in the box below and complete the police report. 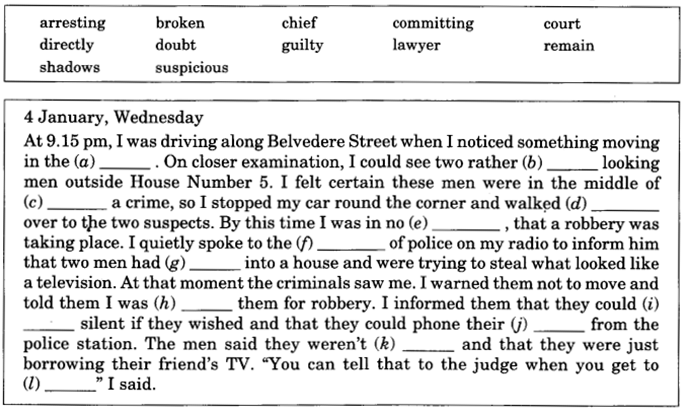 Question 4.
What would you do if you became invisible ? Would you use your invisibility to play tricks on people or for the good of people ? Write a short paragraph on ‘If I were invisible’.
Answer :
If I were Invisible

It is rather difficult to become invisible. But in this modern age of marvels and miracles due tp scientific and technological advancement anything can happen. If I were invisible I would not do anything harmful to the people. But on the other hand, I would use my power to help the needy. I would be enemy number one to those who work evil things and cause distress to the public. I shall teach a lesson to those who shirk work, are not serious towards their duties and indulge in corrupt practices.

I would not tolerate corrupt officials as they are the country’s enemy.I will not tolerate those who abuse their powers of authority and work for selfish ends at the cost of their country. In fact, I would warn them first to come to the right track to discharge their duties honestly. If they change themselves, I shall help them. If not, I shall deal with them like criminals and dispense justice as per their crimes. The human society full of evils can be cleansed only this way.

Question 5.
Read the comic strip based on H.G. Wells’ novella. 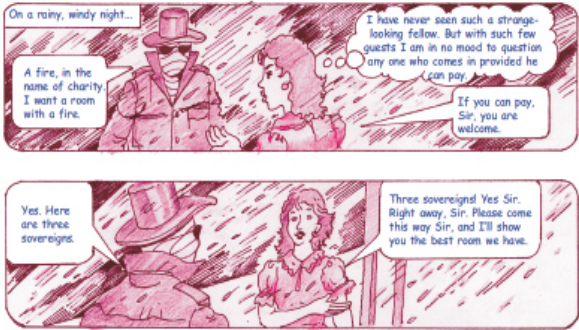 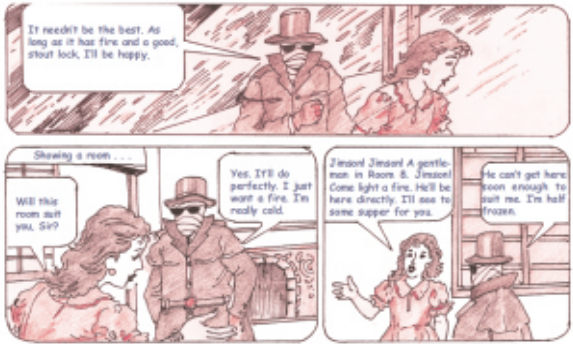 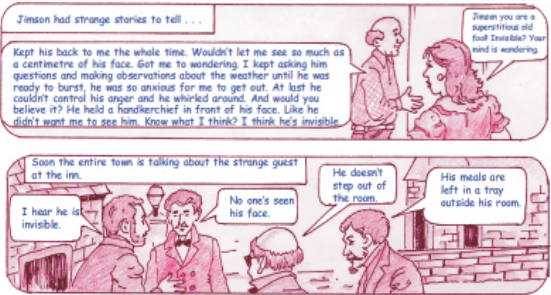 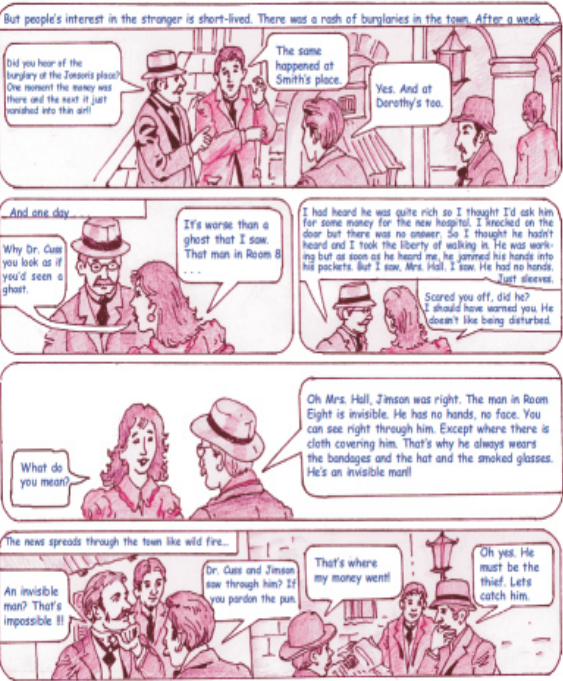 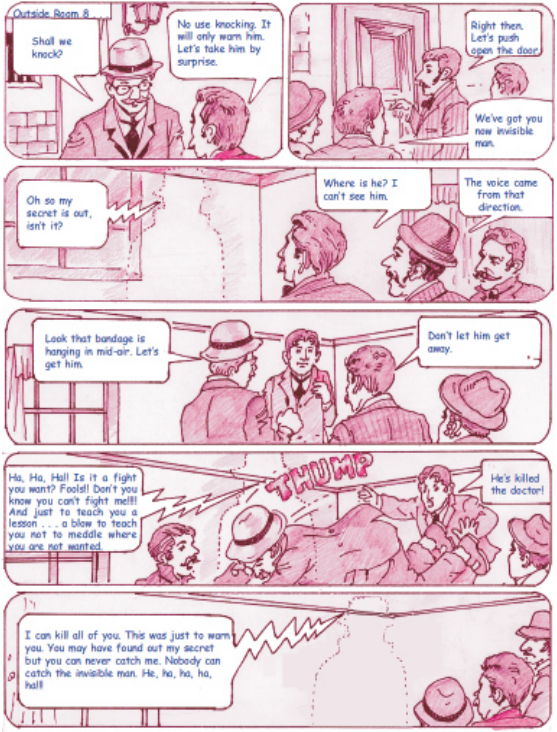 Answer the questions by ticking the correct option.
(a) The strange-looking man wanted

(b) Jimson was suspicious of the stranger because

(c) The people of the town gossiped about the stranger as

(d) ‘There was a rash of burglaries in the town’. This means that

(e) Although Jimson and Dr. Cuss are suspicious of the strange guest, Mrs. Hall tolerates him because

Question 7.
WRITING A MYSTERY STORY :
Mysteries can be divided into several categories. There are puzzling stories, detective / crime stories, and suspense stories. They all give the reader a chance to become involved in the story’s solution through clues and character descriptions.
Characters :

Setting :
A story has to happen in a place.

Answer :
Students to write as desired.