Question 2.
Tick the correct answers.
(a) The mountain range that separates Europe from Asia is
(i) the Andes
(ii) the Himalayas
(iii) the Urals

(e) Which is the largest continent?
(i) Africa
(ii) Asia
(iii) Australia

Question 3.
Fill in the blanks.

Question 1.
Count the squares given in Figure 5.3 below and answer the following:
(a) Name the largest continent.
(b) Which is larger-Europe or Australia? 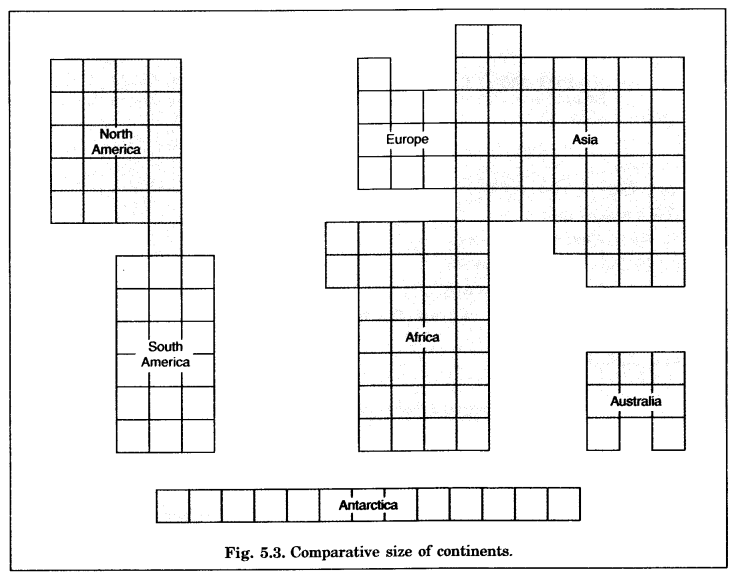 Answer:
(a) Largest: Asia
(b) Larger: Europe.
Different continents according to their size:

Question 2.
Look at the map of the world (Figure 5.1) of the Textbook. Are all the landmasses connected with one another?
Answer:
No, with the following exceptions:

Question 3.
Could you imagine that the depth of the sea is much more than the highest point?
Answer:

Question 4.
Three oceans surround this continent (North America). Can you name these oceans?
Answer:
Yes.
These oceans are:

Question 5.
Study Figure 5.2 of your Textbook and name the strait between India and Sri Lanka.
Answer:
Palk Strait.