Value Based Questions in Science for Class 9

NCERT Solutions for Class 9 Hindi – A

NCERT Solutions for Class 9 Hindi – B

We hope the given NCERT Solutions for Class 9 Hindi will help you. If you have any query regarding CBSE Hindi NCERT Solutions Class 9, drop a comment below and we will get back to you at the earliest.

NCERT Syllabus for Class 9 involves concepts from biology, physics, and chemistry. Candidates must have a detailed knowledge of the NCERT Solutions based on the syllabus to secure great grade points in the final exams. NCERT Science syllabus for Class 9 is designed to provide a strong foundation for various competitive exams such as JEE, NEET, etc.

Chapter 1 Matter in Our Surroundings

Chapter 2 Is Matter Around Us Pure

Chapter 4 Structure of the Atom

Chapter 9 Force and Laws of Motion

Chapter 13 Why Do we Fall Ill

Now that you are provided with NCERT Solutions for Class 9 Science, schedule your time according to the length of the chapter and practice every day. In doing so, you will crack your final exams with good marks.

Chapter 10 Areas of Parallelograms and Triangles

We hope the given NCERT Solutions for Class 9 Maths will help you. If you have any query regarding CBSE Maths NCERT Solutions Class 9, drop a comment below and we will get back to you at the earliest.

NCERT Solutions for Class 9 Social Science has been designed to equip both the teachers and the students with ideal guidance, activities and exercises.

NCERT Solutions for Class 9 Social Science History : India and the Contemporary World – I

NCF envisaged an evaluation system which would grade the students on their regular activities in the classrooms and enable them to understand and focus on their learning gaps and learn through these as part of Subject Enrichment Activities.
LearnInsta.com, known for its support to its valued students and teachers for achieving the desired goal, has come out with the new solutions.

Every care has been taken to keep these NCERT Solutions error free. We hope that the complete innovative study material will meet the students’ needs and help them in joyful learning. Teachers are requested to follow the spirit of joyful learning and joyful teaching and shun rote learning.

Looking forward to your suggestions.

We hope the given NCERT Solutions for Class 9 Social Science SST History : India and the Contemporary World – I, Geography : Contemporary India – I, Civics (Political Science) : Democratic Politics – I, Economics : Understanding Economic Development – I Pdf free download will help you. If you have any query regarding CBSE Class 9 Social Science NCERT Solutions, drop a comment below and we will get back to you at the earliest.

Question 1.
Give five examples of data that you collect from your day-to-day life.
Solution:
Five examples of data that we can gather from our day-to-day life are
(i) number of students in our class.
(ii) number of fans in our class.
(iii) electricity bills of our house for last two years.
(iv) election results obtained from television or news paper.
(v) literacy rate figures obtained from educational survey. Of course, remember that there can be many more different answers.

Question 2.
Who among the following is a part of the political executive?
(a) District Collector
(b) Secretary of the Ministry of Home Affairs.
(c) Home Minister
(d) Director General of Police
Answer:
(c) Home Minister

Question 6.
Of all the institutions we have studied in this chapter, name the one that exercises the powers on each of the following matters.
(a) Decision on allocation of money for developing infrastructure like roads, irrigation etc. and different welfare activities for the citizens
(b) Considers the recommendation of a Committee on a law to regulate the stock exchange
(c) Decides on a legal dispute between two state governments
(d) Implements the decision to provide relief for the victims of an earthquake
Answer:
(a) The executive (political), the government
(b) The Parliament (Lok Sabha)
(c) The Supreme Court (Judiciary)
(d) The Executive (Permanent) civil servants

Question 8.
A teacher was making preparations for a mock Parliament. She called two students to act as leaders of two political parties. She gave them an option: Each one could choose to have a majority either in the mock Lok Sabha or in the mock Rajya Sabha. If this choice was given to you, which one would you choose and why?
Answer:
I would choose to have majority in the Lok Sabha, as the Lok Sabha is more powerful than the Rajya Sabha because:

Hope given NCERT Solutions for Class 9 Social Science Civics Chapter 5 are helpful to complete your homework. 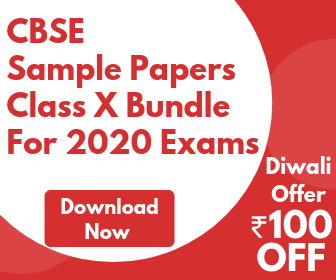